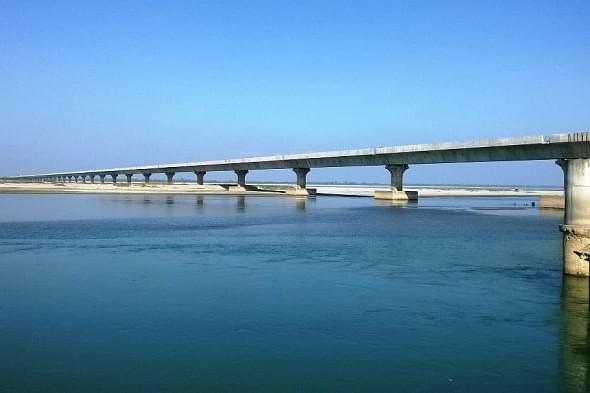 Running across India’s Brahmaputra river, the country’s longest river-bridge will be connecting Assam’s Dhubri to Meghalaya’s Phulbari. This is said to cut short the travel by 203 km.

19.3 km in length, the four-lane bridge is set to be constructed by 2026. National Highways and Industrial Development Corporation Ltd has approached French companies for the project. JICA, a Japanese funding agency has approved a loan for the river-bridge project.

As of now, travellers use a boat to cross the river and the journey usually takes up about two and a half hours. The longest river bridge in India, the Dhola-Sadiya which is 9.15 km long was inaugurated in 2017, Times of India reported.

Times of India quoted an NHIDCL official as saying, “We will be floating tenders for the project and target to award the work during this financial year. It will be a public-funded work. The construction of any bridge across the Brahmaputra takes time since construction work can be carried out only for six months in a year.”

Once the bridge is operational, it will take the vehicles about 20 minutes to cross the bridge. Apart from facilitating transportation and connectivity, the construction will also generate employment in the region.