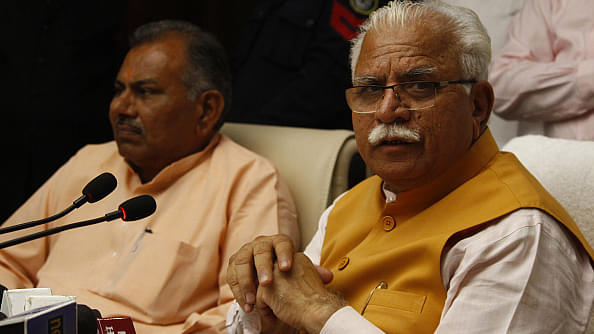 Haryana Chief Minister Manohar Lal Khattar has directed to take initiatives to bring ancient heritage sites like Kurukshetra, known for the battle of Mahabharata, and Lohgarh, the first capital of the Sikh empire, on the world tourism map.

These directions were issued on Friday on the release of special cover made by the state Department of Archaeology and Museums in association with the Indian Postal Department on Rakhigarhi, the world famous archaeological site of the Indus Valley civilization.

Minister of State for Archaeological and Museums Anoop Dhanak was also present on this occasion.

Also, tourism will also be encouraged at these sites.

The Chief Minister said the battle fought against Mughals by Baba Banda Singh Bahadur, the first Sikh general who was deputed by the 10th master to uproot the Mughal empire, has its roots in Haryana.

Moreover, Lohgarh, the capital of Yamunanagar under Baba Banda Singh Bahadur rule, will also be developed so as to promote tourism in that area and a museum along with a martial arts school is being established there.

He said the place of origin of the Saraswati River, Adi Badri, is also being developed majestically.

Chief Secretary Vijai Vardhan said Rakhigarhi has special importance as it is related to a civilization older than the Harappan and Mohenjodaro.