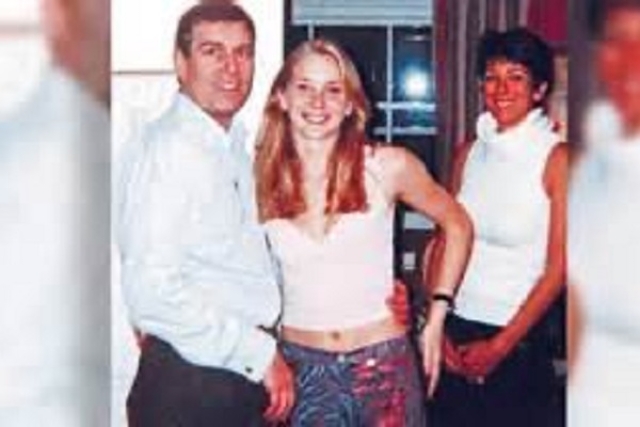 The picture of Prince Andrew posing with his hand around Giuffre. (Image Via Twitter)

The US Department of Justice has summoned Britain’s Prince Andrew as part of its criminal investigation into the alleged sex trafficking ring once operated by deceased pedophile and financier Jeffrey Epstein, CNN reported.

The Southern District Court of New York has submitted a mutual legal assistance request (MLAT) to the U.K. Home Office (an agreement between the U.S. and the U.K. to co-operate in one another’s criminal investigations) asking Prince Andrew to testify in the ongoing criminal investigation into Epstein’s alleged accomplices

Prince Andrew is known to have enjoyed a very close relationship with Epstein over a decade. He is said to have been introduced to Epstein by socialite Ghislaine Maxwell. Epstein, who was in jail on dozens of sex-trafficking charges, was found dead in his prison cell in August 2019.

Virginia Roberts Giuffre , one of the survivors of the child sex trafficking ring that was operated by Epstein, had alleged that she had sexual encounters with Prince Andrew three times when she was 17. A photo of Giuffre with the prince has been widely circulated. However Prince Andrew has repeatedly denied that he was party to anything illegal during his association with Epstein.

Earlier this year, head prosecutor for the Epstein case Geoffrey Berman had expressed frustration with the prince’s failure to assist in the ongoing probe of Epstein’s criminal associates, noting “Prince Andrew has provided zero cooperation.”

Berman also noted: "If Prince Andrew is, in fact, serious about cooperating with the ongoing federal investigation, our doors remain open, and we await word of when we should expect him."