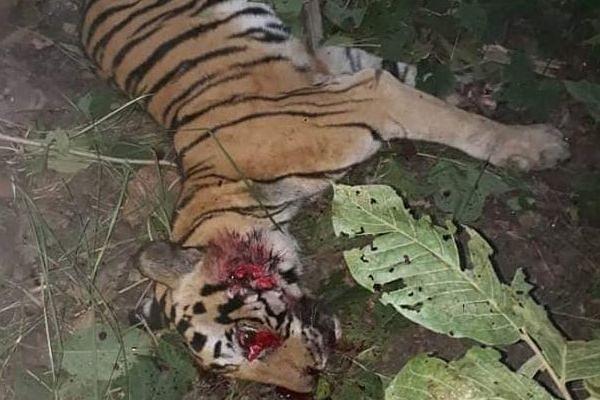 Barely a week after the killing of Tigress Avni, another tigress was killed in an Uttar Pradesh village on Sunday.

After the tigress allegedly attacked a 50-year-old man near the Dudhwa Tiger Reserve, around 210 km from Lucknow, angry villagers marched to the core area of the park, reportedly beat up forest guards, snatched a tractor, hit the tiger with sticks and then ran over the 10-year-old tigress when they found her.

Mahavir Kojilangi, Director of Dudhwa National Park, said that the man was mauled as he was going to his village, crisscrossing the jungle. Some anti-social elements heard the news, banded and beat the tigress to death. Mahavir says that an FIR will be filed and the culprits arrested , reports NDTV.

The villagers apparently stay within the buffer zone. Forest officials say that the tigress never attacked people in the last 10 years and have asked the police to take severe action against the villagers who killed the endangered animal.

However, the villagers counter by saying the tiger was attacking their livestock for two weeks. They were terrified, and despite complaining to officials, no step had been taken, leading to this step.

A Union Minister had recently berated Maharashtra CM Devendra Fadnavis for ordering the shooting of Avni. The CM, however, responded by saying that her harsh words were an emotional reaction and that a probe would be ordered to check lapses, reported Indian Express.