Buckle Up: 136-KM Western Peripheral Expressway To Be Fully Operational By 10 November; PM To Do The Honours 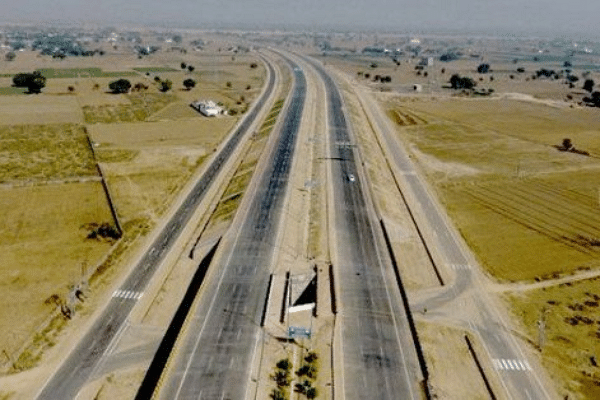 The Western Peripheral Expressway will be inaugurated on 10 November.

The 136-km-long Western Peripheral Expressway (WPE), also called the Kundli-Manesar-Palwal (KMP) Expressway, will become fully operational on 10 November with the inauguration of the remaining 83-km-long Kundli-Manesar section, The Hindu has reported.

The 53-km-long Manesar-Palwal section of the KMP Expressway was thrown open to the public two years ago. It was inaugurated by Union Minister of Road Transport and Highways of India, Nitin Gadkari, and was opened for the public in April 2016.

The original deadline for the 136-km KMP Expressway was July 2009, but the project continued to hang fire in the wake of land acquisition controversies, contractual defaults by road developers and litigation. It was only when the BJP came to power in Haryana in the fag end of 2014 that it quickly moved to end the litigation and work was put on the fast-track.

Prime Minister Narendra Modi will inaugurate the Kundli-Manesar section via remote control around 10 am. Haryana Chief Minister Manohar Lal Khattar will be at the launch event in Sonipat’s Kundli. Functions will also be organised at all toll plazas on the new section.

The Haryana government has approved the development of five cities on 50,000 hectares each side of the Western expressway, which would cover eight districts of the state namely Sonipat, Rohtak, Jhajjar, Gurugram, Rewari, Mewat, Faridabad and Palwal.

Earlier this year (in May), the 135-km Eastern Peripheral Expressway (EPE) was completed and dedicated to the nation.

The Eastern and Western Expressways were envisioned keeping in mind reducing traffic on city roads and to make a complete ring of Delhi. The project was completed and delivered in 910 days.

The EPE and WPE combined together effectively form an Outer Ring Road around Delhi with a total length of 270 km, of which about 183 km passes through Haryana and the remaining about 87 km through Uttar Pradesh.