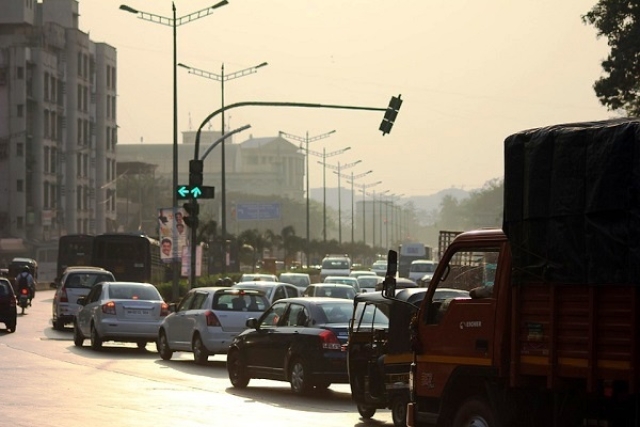 Gurugram has received India’s first “intelligent traffic system” with an objective to change the perception about the city’s traffic.

The intelligent traffic signals have been installed in Sector 31/45 traffic light, Kanhai Chowk, Bakhtawar Chowk, and the Sector 30/31 dividing road to truncate the heavy traffic which often made headlines.

Over the next six months, the project would be evaluated to ascertain its impact.

This project is currently being carried out by an Indian subsidiary of Japanese firm Kyosan India Pvt. Ltd. Earlier, a Memorandum of Understanding (MOU) was signed between Kyosan India and the government. in 2016 as per reports by Financial Express.

The Intelligent Traffic system is an automatic and real-time management mechanism implemented in traffic signals based on traffic congestion and vehicular demand.

The signals have the capability to detect vehicles and are interconnected with each other through optical fibres, meaning if the traffic demand is high on one route the signal will remain green for a longer time.