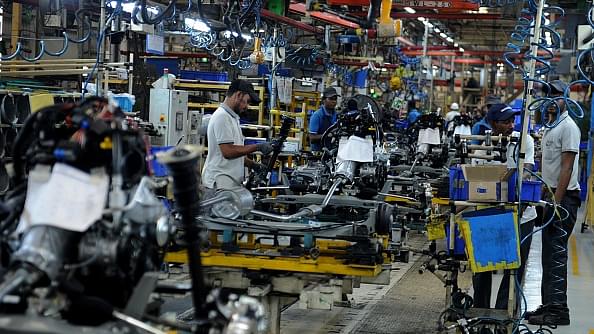 Factory workers at an assembly in Chennai (Getty Images)

In yet another populist move, the code on wages that seeks making minimum wages a statutory right for all employees will probably soon receive the governmental nod.

According to a report in the Financial Express, the union cabinet may approve the code on Wednesday which will then be tabled in the monsoon session of Parliament. Aimed at ‘reducing disparity in minimum wages across states’, the code will provide for a “national minimum wage” which will be revised every two years. No state will be allowed to fix their minimum wages below it.

It is definitely worth more than a thought why the largest democracy is still looking at measures that have been despised by most other developing countries. Ample studies have highlighted the negative impacts of higher minimum wages that include being a major roadblock to the formalisation of the economy, job losses among other. If only the law makers could look at why none of the arguments in favour of minimum wages holds much ground, it would go a long way in ridding the economy of the age-old evils of unemployment and informal employment.

Labour Reforms With A Subsidy Smokescreen: A Case Of Signal Left Turn Right