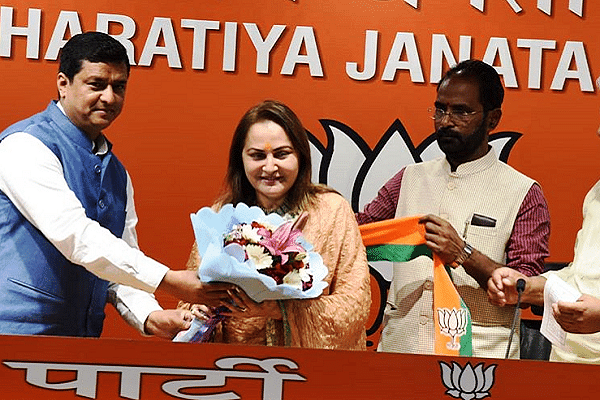 Superintendent of Police Jamuna Prasad stated that an investigation has been initiated in the case which was filed yesterday (28 March) at Hayat Nagar police station.

It is alleged that Khan had made public remarks stating that Prada would "enthral the people of Rampur with her ghungaroos and thumkas".

In a viral video doing the rounds on social media, Khan can be heard saying that, “Evenings in Rampur will become colourful during this election season,” in an apparent reference to Prada.

Khan defended his remarks and claimed that they had been depicted in a “distorted manner”.

"My statement has been presented in a distorted manner. I had no intention to show disrespect to women or laugh at them...she (Jaya Prada) is a celebrity, the entire country has praised her and she has also won many awards," he said to PTI.

The National Commission for Women (NCW) has also taken note of the matter and has issued a notice to Khan to explain his comments. Samajwadi Party (SP) president Akhilesh Yadav came out with a statement to clarify the party’s stance on the issue, stating, "No party worker should make indecent comments on women. The SP has always believed in respecting women”.