Case Filed In Bihar Against Pak PM Imran Khan Niazi For Speech At UN, Will Instigate A Section Of People Says Petition 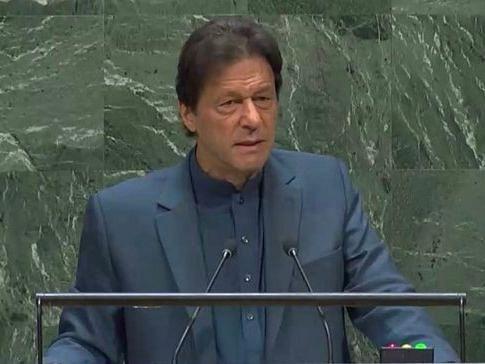 A case was lodged against Pakistan Prime Minister Imran Khan in a court in Bihar's Muzaffarpur district on Saturday (28 September).

A lawyer Sudhir Kumar Ojha has lodged the case against the Pakistan Premier in the Chief Judicial Magistrate's court in Muzaffarpur.

In his complaint, Ojha charged that Khan has made objectionable statements including a threat of nuclear war against India during his speech in the UN General Assembly.

Ojha has requested the court to direct an order to lodge an FIR against Khan on the basis of his complaint.

Ojha said in his petition that the Pakistan Premier's remarks against India in reference to the scrapping of Article 370 will only instigate a section of people and create disharmony in the country.