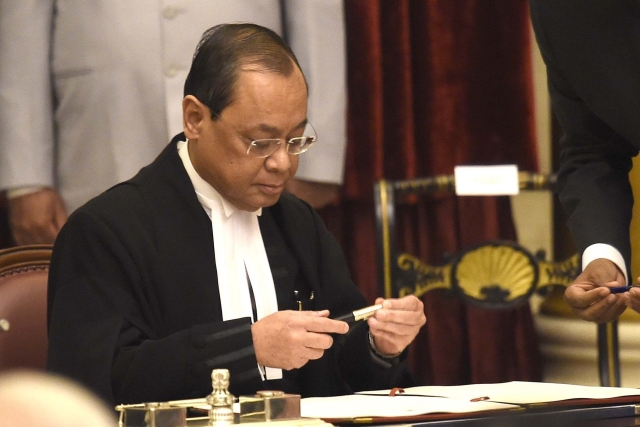 Chief Justice of India (CJI) Ranjan Gogoi on Tuesday (13 August) said that the Central Bureau of Investigation (CBI) has not been able to meet the standards of judicial scrutiny in a number of high profile and politically sensitive cases but does a good job otherwise, reports Times of India.

The CJI, while addressing the eighteenth DP Kohli Memorial lecture at Vigyan Bhawan during which he presented awards to distinguished CBI personnel, asked, “Why is that whenever there is no political overtone to a case, the CBI does a good job?"

Observing that the possibility of CBI being used as a 'political instrument' remained ever present, the CJI pressed for efforts to delink the crucial aspects of the agency from the administrative control of the government.

He underscored that the CBI should be awarded a statutory status equivalent to the stature of the Comptroller and Auditor General (CAG).

The CJI said that the agency had enjoyed tremendous trust among citizens for most part of its existence.

“Unfortunately, attention is more often than not drawn to failure rather than success of any public institution. True, in a number of high-profile and politically sensitive cases, the agency has not been able to meet the standards of judicial scrutiny. Equally true is that such lapses may not have happened infrequently,” the CJI said.