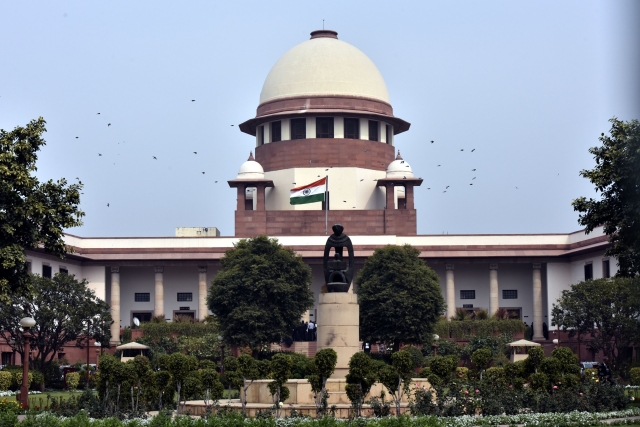 The Centre on Friday (9 May) assured the Supreme Court that it will take action on incidents of racial discrimination meted out to people hailing from northeast region of the country, as they are often mistaken for those from China, where the coronavirus outbreak was reported.

Alana Golmei, an activist, had moved the top court citing allegedly racially-motivated attacks on the people of the northeast. The petitioner cited various incidents -- spitting on the people, eviction from their rented accommodation, termination of jobs, isolation in the hospital and having to face racial slurs in various parts of the country. Senior advocate Colin Gonsalves represented Golmei.

A bench of Justices Ashok Bhushan, Sanjay Kishan Kaul and B R Gavai, taking up the matter through video conferencing, disposed it off after Solicitor General Tushar Mehta, representing Centre, said that appropriate measure will be taken by the government.

"Several materials brought on the record indicating that certain harassment has been meted out to the people belonging to the Northeast and they are facing several difficulties due to the fact that the people in general mistook them having some affinity with Chinese from where this coronavirus has emanated," observed the top court.

"Be that as it may, the learned Solicitor General has submitted that the material which has pointed out in the writ petition shall be attended to and appropriate measures be taken by the Government to dispel the apprehensions of the petitioners as raised in the writ petition on an urgent basis. Taking note of above statement of learned Solicitor General, the petition is disposed of," said the court

The plea said: "When the lockdown was imposed on account of Covid-19, beatings of, spitting on, and a whole spectrum of acts of discrimination and violence on people of the Northeast took place. Across the country the public identified the people of the NE with China and automatically presumed that they were carriers of the virus and subjected them to merciless harassment."