Centre Reaches Out To Triple Talaq Victim Divorced On WhatsApp; Congress Leader Says Bill Wouldn’t Be Allowed To Be Passed In RS 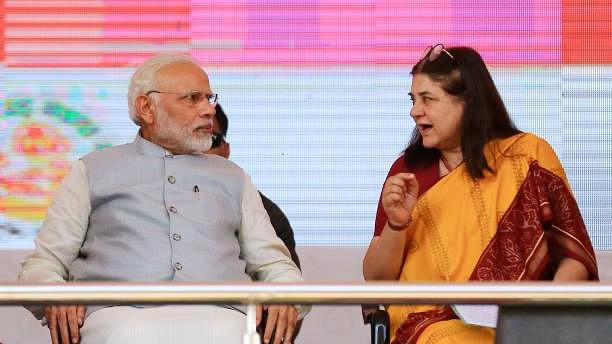 As the historic Triple Talaq Bill is set to be discussed in Rajya Sabha, the Union government has reportedly reached out to a victim of Triple Talaq in Bengaluru. The woman lives in Bengaluru and had been served instant divorce on WhatsApp U.S. by her husband staying in US, reportsThe Hindu.

On the other hand, Congress MP and AICC general secretary, K C Venugopal, on Saturday (29 December), said the Congress party would not allow the passage of the Triple Talaq Bill in its present form in the Rajya Sabha and join hands with those parties which it can ally with to defeat the Bill.

My ministry @MinistryWCD has taken up case of #TripleTalaq on absolute priority. The first instance post the passing of the bill, criminalising the act of instant divorce in the Muslim community will be dealt with and we shall ensure that justice is done.https://t.co/jiyuAi36kf

“My ministry @MinistryWCD has taken up the case of #TripleTalaq on absolute priority. The first instance post the passing of the Bill, criminalising the act of instant divorce in the Muslim community will be dealt with, and we shall ensure that justice is done," Union Minister of WCD Maneka Gandhi tweeted.

The Lok Sabha had passed the Muslim Women (Protection of Rights on Marriage) Bill, 2018, on 27 December amid tensions and a walkout staged by the Congress and the AIADMK.

The Bill is set to be introduced in the Rajya Sabha on Monday (31 December) where it faces a tuff ride as the ruling coalition doesn't have a majority in the Upper House.