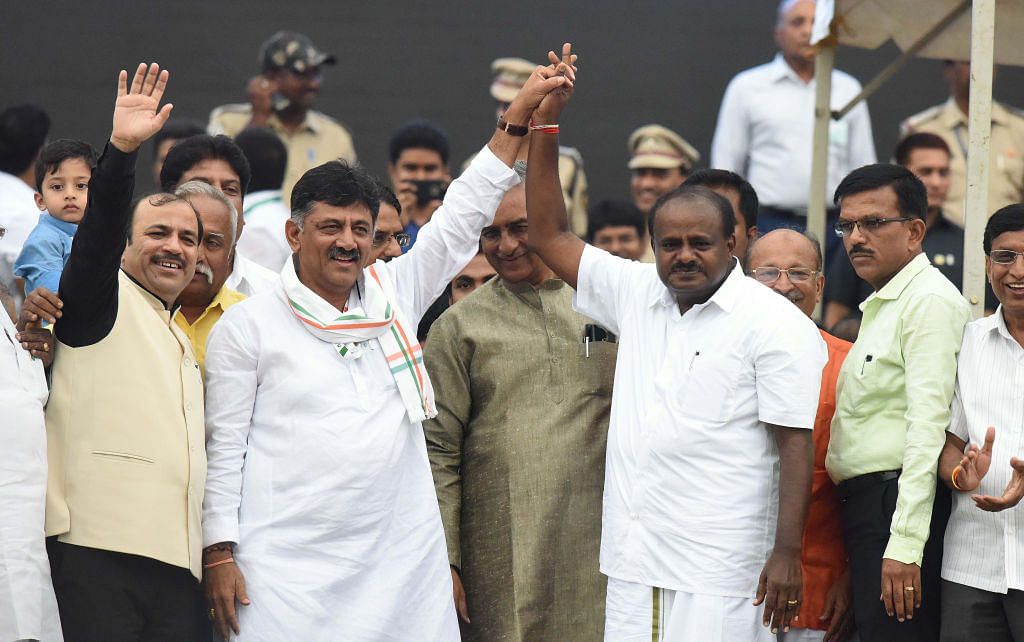 Dramatic scenes were witnessed inside the Karnataka assembly today (18 July) as the speaker K R Ramesh Kumar adjourned the house till 11 AM on Friday (19 July) despite the state Governor Vajubhai Vala requesting that the trust vote proceedings be completed by tonight.

This abrupt adjournment by the assembly speaker drew a sharp reaction from the BJP. Party leader B S Yeddyurappa has announced that all party MLAs would sleep inside the Vidhan Soudha, as part of an overnight dharna, NEWS9 has reported.

The Governor had earlier requested that the vote of confidence be conducted today itself.

As things stand, the Congress-JD(S) coalition which once had the support of 119 MLAs, is down to 102 and the BJP has a strength of 107 MLAs including the support of two independents. The majority mark currently is 105.