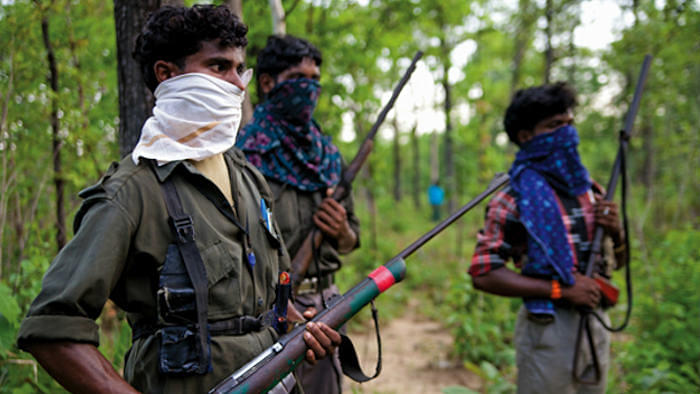 Even as the Naxal insurgency runs out of steam in other parts of India, militants abducted one sub-engineer and two construction workers in Balrampur in Chhattisgarh yesterday (28 April). They also set ablaze six vehicles belonging to the team engaged in the road construction project.

According to ANI, the matter is under investigation and the Inspector General of Police and other senior officials have reached the spot.

Balrampur district, located in northern Chhattisgarh, has been hit by Naxals earlier too. In January, Naxals had set ablaze six vehicles and stormed Hindalco’s bauxite mines.

"A group of 50 armed Maoists raided the Kudag mines (in Chhattisgarh’s Balrampur district) and adjoining Kukud mines (in Jharkhand’s Latehar district) between 1 am to 2 am,” a Balrampur district police official told PTI about the attack in January. The vehicles engaged in mining operations were also set ablaze by the militants during the attack.

Meanwhile, in March, the government had set up a medical centre for the residents of Balrampur.