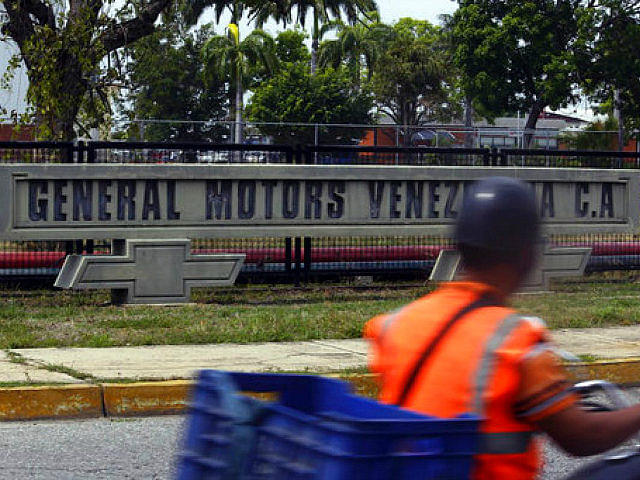 A motorcyclist rides past the General Motors’ plant in Valencia, Venezuela.

Detroit-based auto behemoth General Motors (GM) announced the cancellation of its operations in Venezuela after denouncing the confiscation of one of its plants by the government.

GM Venezolana was established in 1948 and employs about 2,700 workers. It has about 79 dealers across the country. The company says it will make “separation payments” to workers affected by the closure of its manufacturing plant and plans to pursue legal action against the Venezuelan government.

"General Motors Venezolana, the market leader for more than 35 consecutive years, is forced to cancel its operations in Venezuela due to illegal confiscation of its assets," the company said in a statement.

"[GM] strongly rejects the arbitrary measures taken by the authorities and will vigorously take all legal actions, within and outside of Venezuela, to defend its rights," it said in a statement.

Nationalisations and confiscations have been growing under Chavism, and it has only impoverished the country and sharpened the chronic economic crisis. A number of global firms have pulled out of the country or have been forced to halt operations as a result of government interference or moves to put key sectors of the economy under state control.

Venezuela has been going through an economic crisis. Its economy has shrunk by a dramatic18 per cent. Soaring unemployment rate is set to exceed 25 per cent and widespread shortages of food and medicine has caused riots.