Chennai’s Water Bodies Are Now A Cesspool But That Could Change If AIADMK Government’s Rs 2,371 Crore Scheme Works 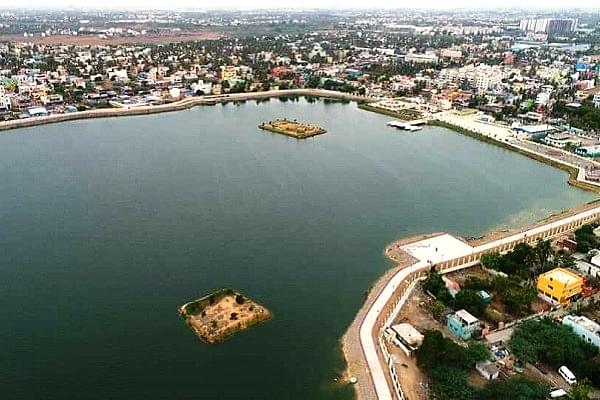 In a major attempt to rejuvenate Chennai’s waterways, the Edappadi K Palaniswami-led AIADMK government has launched a Rs 2,371 crore scheme to mitigate and plug sewage flow into the Adyar, Buckingham Canal and Cooum river at a project cost, The Hindu Business Line has reported.

About 170 million litres of untreated sewage flows every day into the city’s three major waterways reportedly.

Earlier this week (20 August), the Tamil Nadu (TN) government passed orders sanctioning Rs 1,001crore for the first phase of a project. The funds will be provided to Metrowater to build new sewers, treatment plants and pumping stations, besides improving existing infrastructure to restore city’s three major waterways, the Adyar, the Cooum and Buckingham Canal.

Under the first phase of the plan, 260 million liters of sewage will be recycled and reused as water for various purposes in Chennai and its surroundings. In the second phase costing Rs 1,370 crore, the inadequacies in the sewage infrastructure will be addressed in a comprehensive manner.

With these initiatives, the sewer network will be strengthened from the collection system to the final point of treatment. This will ensure that the entire sewage generated shall be collected and conveyed to Sewage Treatment Plants (STPs) for treatment and safe disposal, the government order said.

Majority of the implementation of restoring the rivers has been taken up by departments such as Metrowater, Greater Chennai Corporation, Public Works Department, Commissionerate of Municipal Administration, Directorate of Town Panchayats, TN Slum Clearance Board and Department of Rural Development in the project areas while Chennai Rivers Restoration Trust is entrusted with coordinating and monitoring the projects.

The order is a followup to the announcement made in the state assembly by CM Palaniswami on 11 July under Rule 110. The CM had said that the scheme will be implemented from 2019 to 2023 at a cost Rs 2,371 crore.

He had further said that blocking sewage from flowing into the rivers, diverting it, constructing sewage treatment plants wherever possible, improving drainage facilities in the city are some of the works that will be carried out under the scheme.