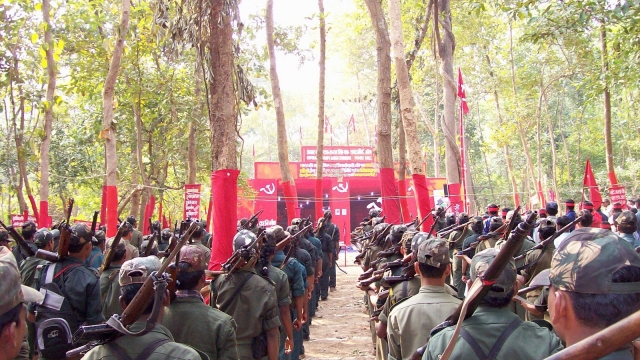 In one of the biggest setback for Indian security forces, 17 troopers were killed by Maoists in an encounter in Sukma, Chhattisgarh police said on Sunday (22 March), reports Hindustan Times.

Till now 17 bodies of jawans of state police have been recovered in Minpa jungles of Sukma where a fierce gun-battle took place on Saturday (21 March).

“Seventeen bodies of jawans of state police has been recovered by the rescue teams sent in the jungle till now,” said Chhattisgarh’s Director General of Police (DGP) D M Awasthi as per the report.

Awasthi said the attack was led by the Battalion Number One of CPI (Maoist), Mandavi Hidma.

“There were about 300 Maoists who were led by Hidma … We have information that the cadres of other states have also gathering near Minpa,” the DGP added.

This is the biggest loss suffered by the police in Chhattisgarh since April 2017, when Maoists killed 25 CRPF personnel in an ambush near Burkapal in Sukma.

The anti-Naxal operation was launched by around 150 security personnel of the police's District Reserve Guard (DRG), Special Task Force and CoBRA (Commando Battalion for Resolute Action).

“There were multiple encounters after 1pm, which took place in that area till evening. After the force came back we found that 17 jawans of state police were missing and 14 were injured,” said Awasthi.

The injured jawans were brought for treatment to Raipur, about 400 km north of the site of the fighting.

The police also said fifteen automatic rifles including 10 AK-47 of the security forces are missing, a police official said.