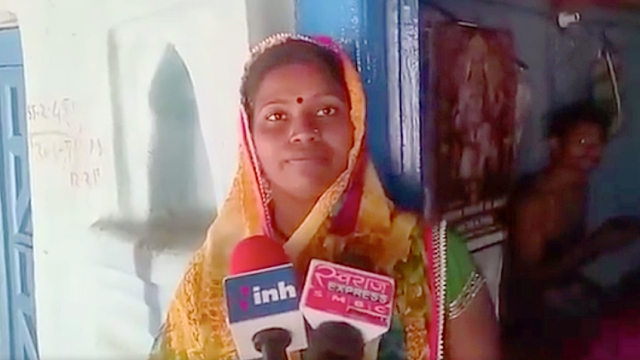 A major controversy broke out after a media report claimed that a Chhattisgarh woman "was tutored to make false claims about doubling of her agriculture income during an interaction with Prime Minister Narendra Modi", news agency ANI has reported.

This prompted Union ministers Rajyavardhan Rathore and Gajendra Singh Shekhawat to rubbish the report and claim that a section of the media had "an agenda of deriding" the Prime Minister.

In the wake of the report, Chandramani Kaushik clarified that "her income had doubled after she shifted from paddy cultivation to sitafal (custard apple) farming and denied she had been tutored to say so for the video interaction with the Prime Minister last month".

Kaushik, while interacting with Prime Minister (PM) Modi, told him that paddy farming did not earn her much profit, which is why she started cultivating custard apple, said the report.

The leading Hindi news channel, whose report sparked the controversy, in its report claimed that officials from Delhi had arrived in Kanker district of Chhattisgarh to tutor Kaushik, before her interaction with Prime Minister Modi, to falsely claim paddy cultivation had increased her income two fold. Congress President Rahul Gandhi too cited the media report to attack the PM.

The Prime Minister only listens to what he wants to hear, Rahul said in his tweet.

"It is unfortunate that certain sections of the Fourth Estate who were always prejudiced towards the noble intentions of the PM in particular have now started resorting to distortion and misinterpretation of people," Shekhawat said.

"The story of the woman farmer in Chhattisgarh is just an extension to this malice manufacturing machine. #UnfortunateJournalism," he said.