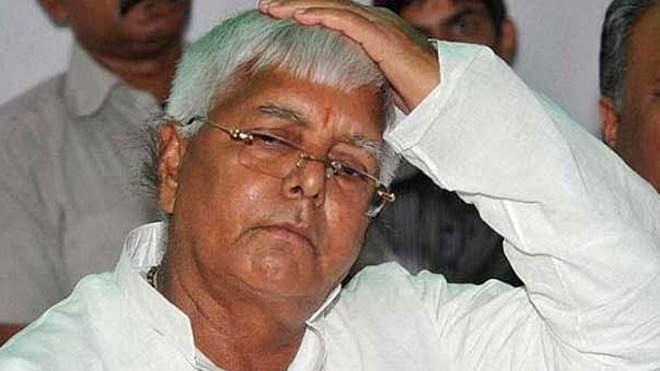 Representing Yadav in the Supreme Court, senior lawyer and Congress party leader Kapil Sibal pleaded to the Chief Justice Ranjan Gogoi that his client must be granted a bail, given he had already served 22 months in jail for the three fodder scam cases against him.

Sibal also claimed in the court that the cases against Yadav were a conspiracy against him as there is no demand and recovery involved. To this, Chief Justice Ranjan Gogoi replied that Lalu has to serve the sentence in each case back to back, reports Financial Express.

“I don’t think we can grant you bail,” he said and dismissed the Special Leave Petition.

Former chief minister of Bihar, Yadav has been lodged in Ranchi's Bisra Munda jail since December 2017 after a CBI court convicted him in three cases. In total, Yadav faces more than 13 years of incarceration for the fodder scams which were unearthed in 1996.