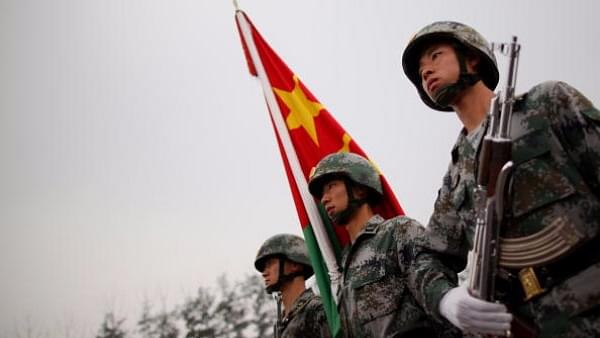 News reports say that the Chinese have continued to bring forward more troops to the Line of Actual Control (LAC) area in Ladakh over the past week. The present deployment strength has been pegged at 52,000 troops. Some 10,000 of these troops are positioned to the south of Pangong lake.

It is notable that the Pangong Lake area has seen hectic military manoeuvres in the recent past, including Indian action to position troops on ridge-lines overlooking Chinese positions.

Defence sources told news agencies such as the Economic Times that the Chinese forces have been trying to alter the current situation that is advantage India in some places. Such attempts have so far been thwarted.

Further, it was reported this morning (16 September) that there multiple incidents of firing by Chinese forces in the run up to the meeting between Indian and Chinese foreign ministers in Moscow.

As per defense journalist Shiv Aroor, the first shots were fired by China at the south bank of Pangong Tso lake on 29 and 31 August. This was followed by a similar Chinese action on 7 and 8 September. An exchange of fire also took place on 8 September between the two armies.

On all occasions the firing (the first time during the current LAC conflict) was initiated by China to try prevent the Indian Army from 'readjusting' its positions along the LAC.

As per an Indian Express report, 100 to 200 shots were fired in the air by both sides on the North Bank along the ridgeline where Finger 3 and Finger 4 in the first week of September when India was 'readjusting' its positions on the North Bank.