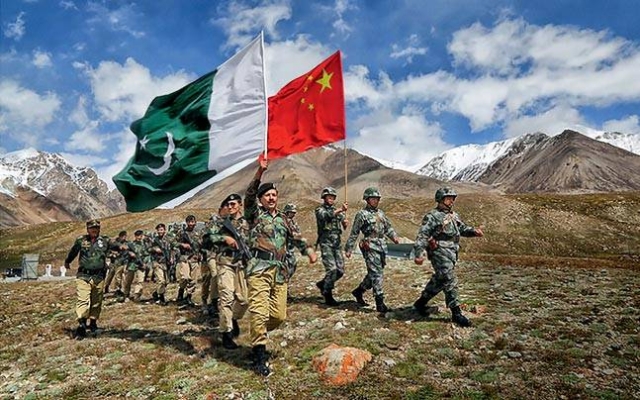 China is likely to build new military bases in Pakistan and other countries with which it has longstanding friendly ties as part of its plan to expand reach and footprint in Asia, Africa and the Indian Ocean, a Pentagon report has said.

"China most likely will seek to establish additional military bases in countries with which it has a longstanding friendly relationship and similar strategic interests, such as Pakistan,” Pentagon’s annual 97-page report to the US Congress reads.

Richard Bitzinger, a military expert at the S Rajaratnam School of International Studies, said he would not be surprised if China built a military base in Pakistan.

“The Chinese have helped to build a deep-water port in Gwadar, and Chinese subs have already been spotted in the port of Karachi,” he told The Telegraph.

“Even without an actual base, Pakistan provides considerable support to a growing Chinese naval presence in the Indian Ocean and is thus part of an important ‘network of access’ for the People’s Liberation Army Navy,” he noted.

The report from the Pentagon predicts China will expand its military prowess after the construction of its first overseas naval base in Djibouti, a strategic location at the southern entrance to the Red Sea on the route to the Suez Canal.