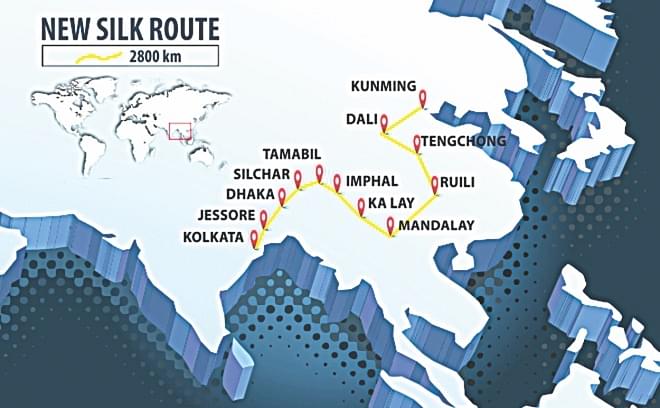 Chinese Consul General in Kolkata Ma Zhanwu revealed on Wednesday his country was proposing a 2,800 km-long high-speed rail link between Kunming and Kolkata, traversing through Myanmar and Bangladesh.

“With joint efforts of India and China, a high-speed rail link could be established between the two cities,” he said in Kolkata, adding, “It will only take a few hours to reach Kolkata from Kunming if the rail link becomes a reality”.

However, the Chinese envoy did not reveal if the project has been proposed to New Delhi through formal channels. The envoy also did not clarify whether the project would fall under the ambitious One Belt, One Road initiative of Chines President Xi Jinping or will be a standalone initiative.

The project was first discussed at the Greater Mekong Subregion meet in Kunming in 2015. It was proposed as a way of boosting trade flow in the Bangladesh-China-India-Myanmar (BCIM) corridor.

“The high speed corridor would give a fillip to the economies of all the countries of the region,” said Li Ji Ming, vice- secretary of Yunnan provincial government, had said in 2015, according to reports.

This proposal comes at a time when India is said to have sought Chinese investment in the North East. Reports have also said that the two countries have reached an agreement over the boundary dispute in the eastern section.