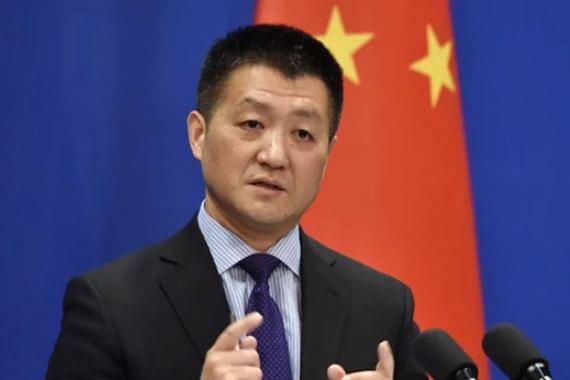 In light of tensions between India and Pakistan in the aftermath of Pulwama attack last month, China has rushed its Vice Foreign Minister Kong Xuanyou to Islamabad, reports India Today.

After the ghastly Pulwama attack on a CRPF convoy that took lives of 40 personnel and whose responsibility was claimed by Pakistan-based terror outfit Jaish-e-Mohammad (JeM), India launched a ‘preemptive airstrike’ in Balakot across LoC targeting terrorist training camps.

Few hours after India's Balakot airstrike, China had released statement urging both India and Pakistan to "exercise restraint". While not criticising the airstrikes outright, it asked New Delhi to carry out its fight against terrorism through “international cooperation”.

Chinese Foreign Ministry spokesman Lu Kang has said that the visit is "designed for communication with Pakistan for the situation concerning both India and Pakistan”. He outlined China’s role saying that it has been promoting “peace and stability” in South Asia, expressing hope that both the neighbours will maintain friendly relations.

Without directly referring to the Kashmir dispute, Lu said that both ‘symptom” and “root cause” of terrorism should be addressed.

With regards to to the Wuzhen meeting on 27 February between India, China and Russia, he clarified that a key point was that “terrorism is a complex issue”. “We should address the symptom and the root causes of terrorism that is the premise for what was proposed by Foreign Ministers of the three countries,” Lu was quoted as saying by The Hindu.

On the resolution proposed in the UNSC 1267 committee to list Masood Azhar, JeM chief, as a global terrorist, Lu said that listing of terrorists “is a very serious issue” and it would take a “conducive decision” to resolve the differences, after having discussion with “relevant bodies”.