China To Set Up Military Bases in Countries Like Pakistan To Project Its Hard Power, Says Pentagon Report 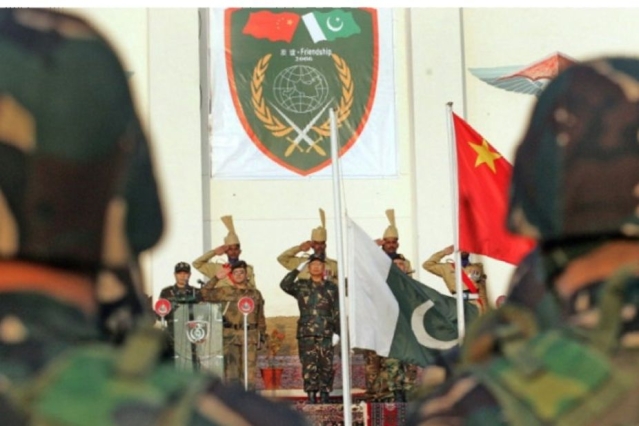 Continuing the ever expanding presence of its military might the world over, China is now seeking to establish military bases in countries which are its long time allies, one of them being Pakistan, a Pentagon report said, reports Times of India.

In a latest report presented to the United States Congress, the Pentagon said, “China will seek to establish additional military bases in countries with which it has a long -standing friendly relationship and similar strategic interests, such as Pakistan,”

China, in August 2017, had set up a military base at Djibouti on the Horn of Africa and frequently uses Karachi port for its submarines.

According to the report, China is eyeing to come up with military bases in West Asia, South-East Asia and Western Pacific, with an objective of not only projecting its hard power, but also guard its ambitious projects, such as the One Belt One Road(OBOR) project.

Beijing is also focusing towards Taiwan Strait, South and East China Seas to counter any US military intervention and to protect its energy supplies in the Indian Ocean Region(IOR).

Pentagon also said that, China, off late, is adroit at employing Doklam like tactics that are short of armed conflicts to pursue its strategic objectives in dominating the Indo-Pacific region. In the meantime, China is augmenting its ground and submarine based nuclear capability, in the pursuit of a ‘viable’ nuclear triad.