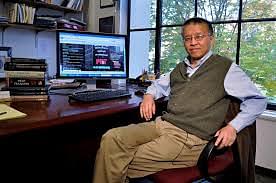 A Chinese-American professor and researcher at Massachusetts Institute of Technology (MIT) has been charged and arrested in connection with failing to disclose contracts, appointments and awards from various entities in China to the U.S. Department of Energy.

Gang Chen, who was born in China and is a naturalized U.S. citizen, currently serves as a professor and researcher at MIT. He is the Director of the MIT Pappalardo Micro/Nano Engineering Laboratory and Director of the Solid-State Solar Thermal Energy Conversion Center (S3TEC).

Gang Chen has been charged with holding various appointments with China designed to promote the China’s technological and scientific development by providing advice and expertise – sometimes directly to Chinese government officials – and often in exchange for financial compensation.

The U.S Department of Energy has given Gang Chen $19 million for research since 2013.

When Gang Chen applied for and received a grant from U.S Department of Energy to fund his research he failed to disclose that from at least 2017 to 2019 he served in several advisory roles for the China and Chinese entities as required by the DOE, prosecutors said.

Since 2013, Gang Chen allegedly received approximately $29 million of foreign funding, including $19 million from the PRC’s Southern University of Science and Technology (SUSTech).

Gang Chen also allegedly failed to disclose to the IRS in his 2018 tax return that he maintained a bank account in the PRC with more than $10,000 in 2018.

In July 2019, Gang Chen was quoted in Nature magazine as being critical of the U.S. government’s increased scrutiny of researchers with ties to China.

Gang Chen has been charged with wire fraud, failing to file a foreign bank account report (FBAR) and making a false statement in a tax return.

In Jan 2020, Charles Lieber, the chair of Harvard University's Department of Chemistry and Chemical Biology, was arrested and criminally charged with making "false, fictitious and fraudulent statements" to the U.S. Defense Department about his ties to a Chinese government program to recruit foreign scientists and researchers.

Lieber was accused of concealing his participation in China’s “thousand talents” program from officials in the Defense Department and the National Institutes of Health.