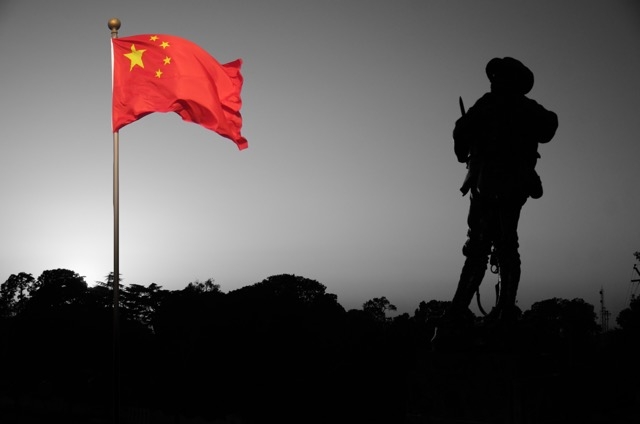 China has upped the ante against India's security establishment by massively enhancing its military infrastructure in the bordering areas in Ladakh that have witnessed skirmishes between the forces of the two countries.

The PLA has set up tents and has constructed underground tunnels and are constructing more tunnels at the disputed Finger 8 mountain spur near Pangong Tso region, a source said.

"It has been further found that Chinese Army has augmented deployment and patrolling the area. They are now denying movement of Indian Army forces in the vicinity of the area," said a source.

Till now, there was no military infrastructure work carried out in the disputed area that the PLA used to come during patrolling in the region. But with setting up of tents, the Chinese army has stationed itself in the region which has become a matter of concern for the Indian security establishment.

There have been regular face-offs between the two armies on the northern bank of the 134-km-long Pangong lake, two-thirds of which is controlled by China as it extends from Tibet to Ladakh.

The incidents of clashes between both forces have been occurring due to deferring perceptions about the Line of Actual Control (LAC) between India and China.

The Indian Army said whenever such incidents happen delegation-level talks led by brigadier-rank officers take place as per the established bilateral mechanism to defuse tensions.

In mid-September this year, Indian and Chinese troops were involved in a heated exchange in eastern part near the Pangong lake after PLA personnel objected to patrolling by Indian soldiers in the area.

The disputed Finger-5 to Finger-8 (mountainous spurs) area on the north bank of Pangong Tso, incidentally, had witnessed a violent clash between Indian and Chinese soldiers, with stones and iron rods being used to injure each other, on 15 August, 2017.