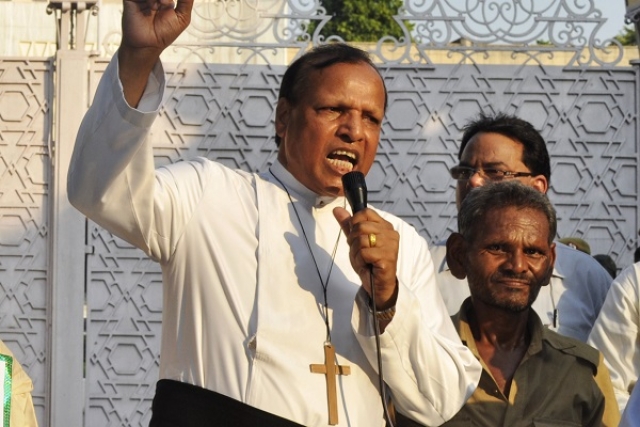 Days after the Supreme Court decriminalised homosexuality, a Christian pastor in Coimbatore raised slogans against the historic judgement, calling it “great sin”. He raised these slogans inside the Coimbatore district court premises and was later picked up by the police.

“Homosexuality is an evil against the God. If it is allowed, it would be a great sin. Jesus would come down to earth to punish the evil people who decriminalized consensual gay sex,” the pastor said, as per The Times of India.

The pastor, identified as 29-year-old P Felix Jebasingh, is a resident of Periyar Nagar near Puliyakulam and is attached to Puliyakulam Church of Pentecostal mission.

He also said that allowing same sex marriage would lead to natural calamities.

"Please do not support the court judgement on Section 377 (of the IPC). The Jesus Christ is arriving. His arrival is imminent. This type of marriages will lead to total destruction of the society,” he further said, as per a PTI report.

The pastor was rushed out by the police and taken to Race Course police station, where a case was registered against him under Section 75 of the Tamil Nadu City Police Act for creating public nuisance. He was later released on bail, as per a report by The Hindu.