Christmas Chaos In Chandigarh: Late Night Woes For Commuters As Traffic Was Blocked Due To Celebrations 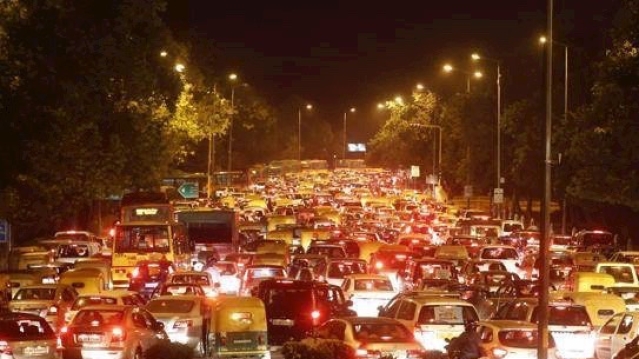 The assigned police personnel fell short due to a large number of people heading towards the mall for Christmas celebrations.

Vishal Dhiman, a visitor to Elante Mall, said what should have been a five-minute drive from Central Mall light point to the mall took him almost an hour. He said, “Due to Christmas, there was a huge rush on the roads, leading to chaos and traffic snarls.”

Another resident of Section 19, Gurpreet Singh, stated that his plan to visit the mall with his friends had to be cancelled and he decided to return home rather than get stuck in traffic.”

The Industrial Area had traffic snarls and serpentine queues till late in the night. The traffic hit commuters going from Transport light point from Tribune Chowk too since there were a lot of vehicles heading towards the Industrial Area, Phase I.