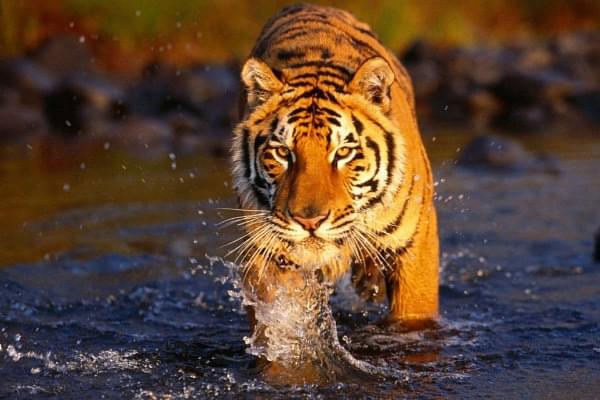 The authorities in Dudhwa Tiger Reserve (DTR) in Uttar Padesh have caught and jailed 67 people from 10 June to 10 October under offences which relate to poaching, unlawful entry into the forest areas and illegal felling of trees, Times of India has reported.

DTR staff nabbed these people during their monsoon patrolling, which was conducted for three months but this year started early from 10 June and went on for four months.

Forty of the 67 arrested were nabbed from all across the six ranges of Katarniaghat wildlife sanctuary. They were mostly members of the timber mafia and were operating at night time.

During this patrolling period of four months, the staff arrested at least one person every second day. Twelve of the accused in nine cases had been convicted by the courts in Kheri and Bahraich.

“Illegal activities normally increase during monsoon period but this time, smart patrolling by our team in coordination with Sashastra Seema Bal (SSB) in carrying out joint operations on the basis of tip-offs has been effective,” DTR’s deputy director Mahaveer Kaujalgi said.

Monitoring System for Tigers - Intensive Protection and Ecological Status (MSTrIPES) was used by the team to track and nab the poachers.

Kaujalgi and his teams seized a pair of antlers from an International animal skin smuggler Navraj, who they nabbed during their patrol of the reserve.

On 9 October, around 2,000 parakeets were seized from a vehicle and three poachers were arrested for smuggling them.