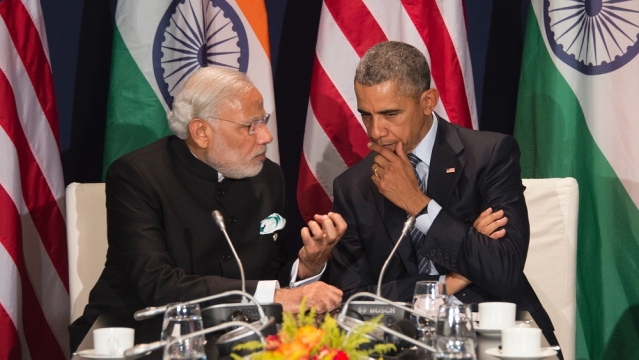 Paris agreement, negotiated by 196 countries at the United Nations conference on climate change in Paris this year, holds significant value for President Obama who wants to leave his legacy as a champion of the environment. China and the US, the two largest carbon emitters, ratified the agreement recently on the sidelines of G-20 summit.

Though India said it would ratify the agreement by the end of this year, there was some conflicting signal from the External Affairs Ministry after India failed to make into the coveted Nuclear Suppliers Group (NSG). The ministry had released a statement saying:

“Our application has acquired an immediacy in view of India’s INDC [intended nationally determined contributions] envisaging 40% non-fossil power generation capacity by 2030. An early positive decision by the NSG would have allowed us to move forward on the Paris Agreement.”

The statement indicated that India was going to try to use the Paris agreement as a bargaining chip to get entry into the NSG. However, such speculations were put to rest yesterday (26 September) when Prime Minister Narendra Modi announced that India will ratify the deal on 2 October.

This declaration has flummoxed those who closely follow India’s foreign policy. If using the deal as a concession wasn’t on the cards, why did the EAM send such signal linking the NSG fiasco with the Paris agreement? And if it was really the plan, why is PM Modi chickening out now?

Such flip-flops not only erode the credibility of India but also reaffirm the view held by many that its foreign policy continues to be reactive bereft of any imagination or vision.