Communal Riots In Bengal Over Attempts To Demolish A Temple 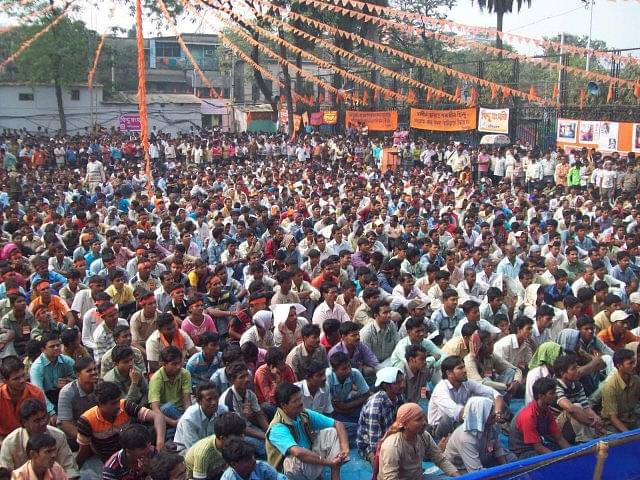 File Picture: A gathering of Hindu Samhati members in Kolkata

Communal clashes have broken out once again in Bengal over attempts by members of one community to demolish a Shiva temple at Dhulagarh, about 28 kilometers west of Kolkata, in Howrah district.

Members of one community have been objecting to the presence of the temple for some weeks now. According to this report, they are reportedly being led by one Gulshan Mullick, a local Trinamool Congress leader. Clashes that broke out between members of two communities have left several Hindus injured, some of them seriously.

Though police have been deployed in the area, Hindus are feeling unsafe because Mullick is sheltering all those who attempted to demolish the mosque and attacked volunteers of Hindu Samhati, an apolitical body.