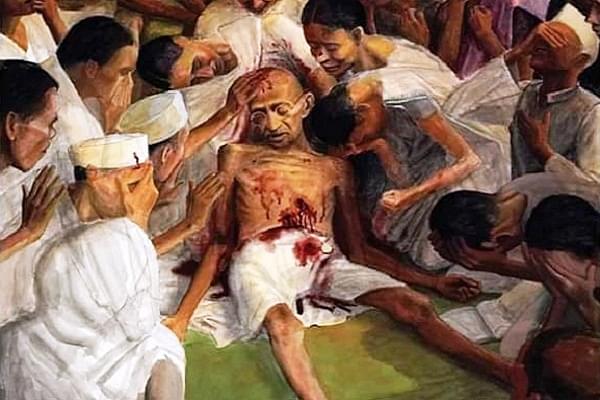 The Communist Kerala government led by Pinarayi Vijayan has stirred a hornet’s nest after depicting the assassination of Mahatma Gandhi on the cover of the state finance budget 2020-21 document.

Here is the cover page:

As per reports, the budget copy was distributed among the members of the state assembly after the culmination of the budget speech which incidentally also began with the mention of CAA.

Following the controversy, the Kerala Finance Minister Thomas Isaac has justified the same by calling it a political statement.

“We are sending out a message that we will not forget who murdered Gandhi”, Issac was quoted as saying. He alleged that today history is being re-written and NRC (which has not yet being envisioned) is being used to divide the country on communal lines.