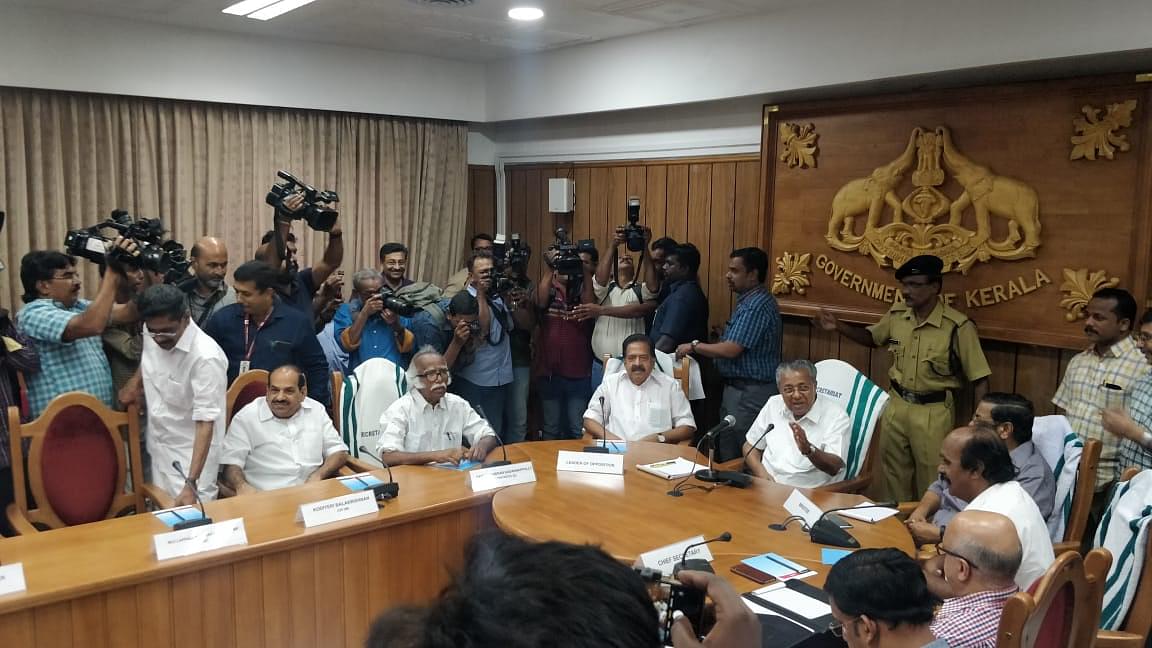 The all-party meet convened to discuss the issues on women’s entry in Sabarimala as the Supreme Court refused to stay its 28 September verdict, has reportedly failed to reach a consensus as opposition parties walked out, reports Malayala Manorama.

The opposition including the BJP, Congress walked out slamming the Chief Minister for his tough stance on implementing the verdict, they also alleged that the CM did not pay heed to the suggestions offered by them.

The government, however, justified their stance by saying that they cannot legally ask the Supreme Court for more time to implement the verdict.

However, the Chief Minister is about to convene a meeting with the Sabarimala Priests and the royal family associated with the temple in his chamber today (15 November) at 3 pm.