‘Congress Doesn’t Want Indian Air Force To Be Strengthened, I Am Putting A Serious Charge’: PM Modi In Lok Sabha 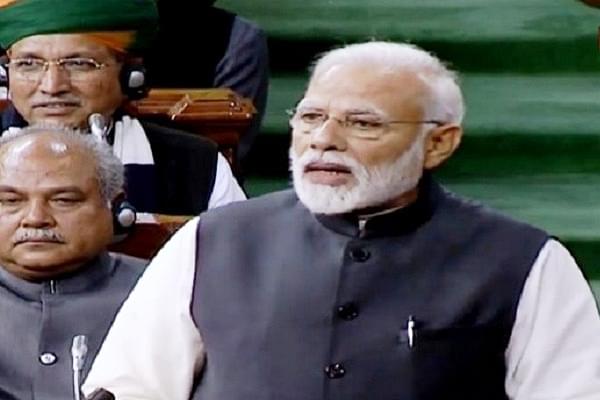 “History is witness that Congress’ regime cannot work without middlemen in defence”.

“Congress has assumed that no defence deal in the past 70 years happened without middlemen”.

“When you oppose Rafale, which company are you speaking for?”

“Congress doesn’t want Indian Air Force to be strengthened, I am putting a serious charge”.

These are some of the quotes from Prime Minister Modi’s reply to the Interim Budget in the Lok Sabha today (7 February).

These comments come in the context of Congress president’s Rahul Gandhi’s repeated charges of corruption in the Rafale deal. The other important event which adds context to this is the extradition of Christian Michel and Rajeev Saxena, accused middlemen in the AgustaWestland case.

Secondly, regarding Modi’s question of which company the Congress may be speaking for in the context of the India Air Force, readers may be reminded that the Rafale jets were chosen to be bought over a bid of various other fighters including Eurofighter’s Typhoon.