Congress Leader Casts Aspersions On PM Modi’s Paternity; Asks Who His Father Is 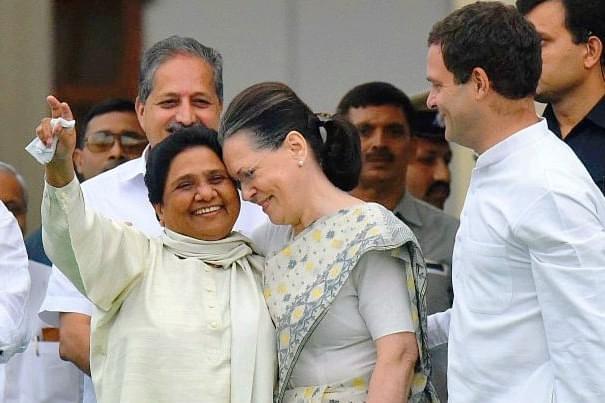 A senior Congress leader has belittled PM Modi by talking of ‘backgrounds’.

Continuing their scurrilous personal attacks on Prime Minister Narendra Modi, yet another senior Congress leader and former Union Minister, Vilasrao Muttemwar, has waded in to a controversy with a video in which he questions the parentage of the PM. The video has found its way to social media.

Muttemwar, a former member of Parliament from Nagpur and a Union Minister, was a permanent invitee of the Congress Working Committee till recently. He is also a member of the steering committees of the All India Congress Committee. Muttemwar claimed that the video in circulation was “distorted”.

"It was an internal party meeting yesterday. The person who shot the video distorted it and posted it online," he said. Last week, another senior Congress leader and key strategist of party president Rahul Gandhi, CP Joshi, launched a casteist diatribe against Prime Minister Modi, Union Minister Uma Bharati and Sadhvi Ritambhara, which went viral on social media.

Shameful statement by Congress leader and former Central Minister Vilasrao Muttemwar. He says that the world knows past generations of Rahul Gandhi but no one knows who Modiâs father was! pic.twitter.com/TwUhpdCBET

In a leaked video, the Congress leader was seen disparaging the “low-caste” origin of Prime Minister Modi, Union Cabinet Minister Uma Bharti and Sadhvi Rithambara. He attacked them for talking about Hinduism and said that “only Brahmins are learned enough to speak about Hinduism."

Another senior Congress leader, Raj Babbar, stirred a controversy by comparing the falling value of the Indian rupee with the advanced age of PM Modi’s mother.