‘Congress Has Been Trying To Wipe Out Saffron From The Country’: Saints Slam Priyanka Vadra’s Saffron Remark 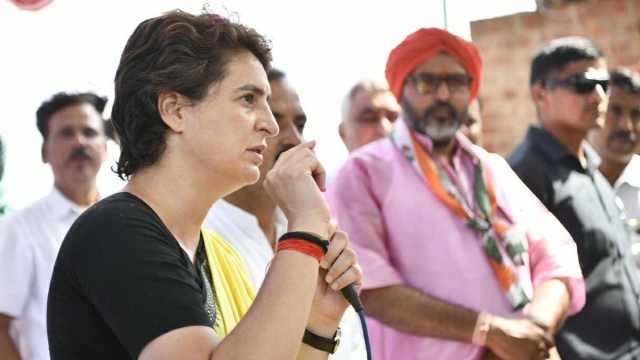 Mahant Raju Das of the Hanuman Garhi temple said: "Targeting saffron is not right. Why should the chief minister not wear saffron? The Congress has been trying to wipe out saffron from the country, but has not succeeded and never will. Priyanka is now trying to turn Muslims into anti-nationals. This will bring bad news for the Congress."

The seer further said that the police became a victim of atrocities and their vehicles were torched during the recent anti-CAA protests. Those responsible for this were now being identified through video footage and they will be made to pay for the damage they have done. Yogi Adityanath deserves to be lauded for this.

Sadhvi Niranjan Jyoti, a BJP MP, also accused Priyanka of bringing politics into religion. She said that: "Where was the need to drag saffron into politics? We strongly condemn the effort."

Attacking UP Chief Minister Yogi Adityanath, the Congress general secretary on Monday (30 December) said, "He wears the dress (vastra) of an yogi. He wears saffron clothes. This bhagwa (saffron) is not yours, it belongs to 'dhaarmik' (religious), 'aadhyaatmik' (spiritual) tradition of Hindustan," India Today has reported.

"It is a symbol of the Hindu religion. Us dharma ko dhaaran kariye (adopt that religion). In that religion, there is no place for anger, violence and revenge. This is all I have to say," she added.