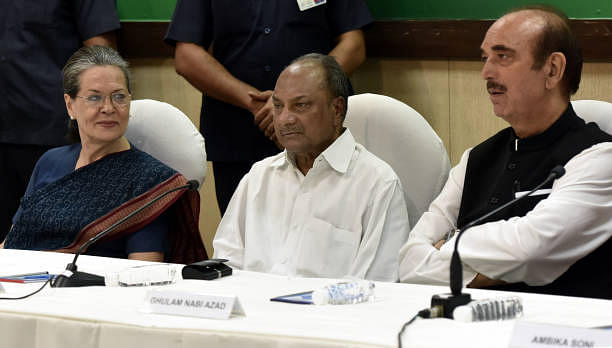 The Congress decision to relinquish its Rajya Sabha seat in favour of the Kerala Congress-Mani (KC-M) has resulted in factional fights in the party coming out in the open. Former Kerala Pradesh Congress Committee (KPCC) president V M Sudheeran has criticised the decision, saying it lacked transparency. P J Kurien, deputy chairman of the Rajya Sabha who seat has been given to KC-M has also termed the move as one lacking transparency.

But more worrying for the Congress is Sudheeran’s statement to the media, saying factionalism had led to the party’s defeat in the 2016 elections to the State Assembly. Malayalam daily Mathrubhumi reported him as saying that he quit the post of KPCC president as leaders of various factions harassed him.

Sudheeran said that factionalism in the Congress would affect the party when it faces elections to the Lok Sabha next year. Faction fights are keeping out deserving candidates in favour of some who are favourites of these faction leaders, he said.

The Congress in Kerala is primarily caught between the “I” faction, led by K Muraleedharan who is son of the late chief minister K Karunakaran, and “A” faction led by A K Antony. Besides these two, there are leaders like Sudheeran who belong to neither camp.

The Congress is facing a backlash in Kerala from its cadre after the Indian Union Muslim League (IUML) convinced it to part with the Rajya Sabha seat in favour of KC-M. The Kerala Congress (Mani) group had quit the United Democratic Front (UDF) led by the Congress in August 2016 upset with the was the Congress was treating it. KC-M had been with the UDF for over two decades. The move is to bring back KC-M to the UDF fold and thwart BJP’s efforts for an understanding with it. KC-M, which enjoys the confidence of Christians, is a strong force in the Kottayam belt.

Last week, protesting the party’s decision to relinquish the Rajya Sabha seat, Congress cadre had hoisted IUML flag atop its Malappuram district office, while a couple of others put up a post in OLX offering the state party headquarters for sale.