Congress Terms Rising Tensions In Its Punjab Unit As ‘Diversity Of Views,’ Says Unlike BJP Their Leaders Have More Freedom 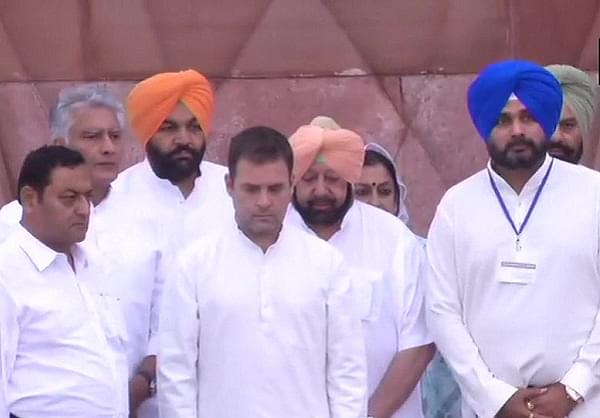 Amid ongoing feud between Punjab Chief Minister Amarinder Singh and former minister Navjot Singh Sidhu, the Congress on Tuesday (18 May) said a diversity of views among its leaders cannot be termed factionalism.

"Why do you forget that democracy is all about diversity? It is wrong to give it the name of factionalism,” Congress spokesperson Supriya Shrinate said.

Adding that the priority of Punjab chief minister is to fight and defeat the Covid pandemic, she said there is no need for the central leadership to intervene.

She claimed that BJP leaders are afraid to speak out in BJP ruled states but Congress members in states ruled by it express their thoughts openly and freely, reports The New Indian Express.

The VB falls directly under the lens of the Chief Minister and hence some doubts have been cast over the timing of this investigation.

Meanwhile, Sidhu has upped his attack on Amarinder Singh in recent times, criticizing the Congress government on a variety of issues. In fact, as many as seven cabinet ministers have demanded disciplinary action against Sidhu for alleged anti-party activities.