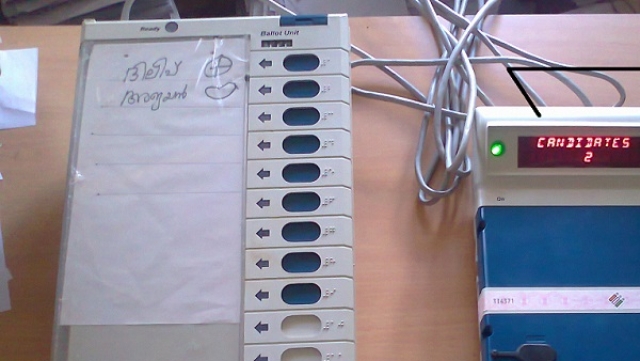 Congress leader Rashid Alvi has claimed that his party’s victory in the state assembly elections of Madhya Pradesh, Chhattisgarh and Rajasthan was a conspiracy to make people believe in EVMs, Aaj Tak has reported.

While speaking to the reporters, Alvi claimed that if the exit poll results turn out to be true, they would prove that there was EVM manipulation during the Lok Sabha polls. Such a statement came despite the well established fact that EVMs play no role in exit poll predictions.

Alvi added that, he and his party also believes that the Congress’ election victory in the three North Indian states was a conspiracy to make people believe in EVMs and the Election Commission. He also accused the exit poll agencies of being biased.

Earlier in the day, Karnataka Chief Minister H D Kumaraswamy had alleged that the exit poll surveys on May 19 only reiterated the serious concern of the opposition parties on misuse of vulnerabke EVMs for electoral gains by the ruling party.