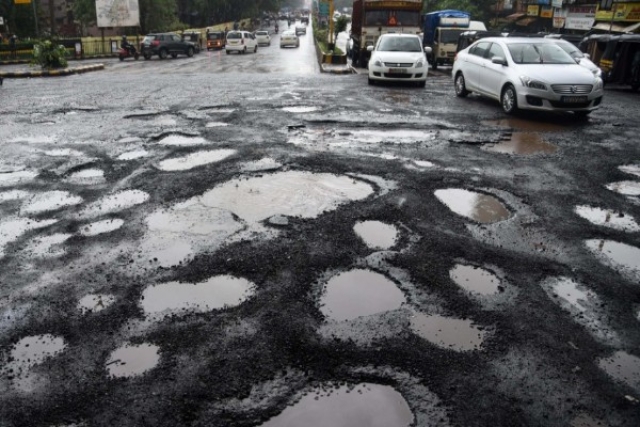 Residents of Bengaluru heaved a sigh of relief when the Karnataka HC pulled up the local municipal body, the BBMP, and asked it to fill all potholes across the city by 23 October. Yet, nothing has changed despite a after a brief spell of rain, the potholes are back. Now, it remains to be seen how the BBMP responds to this situation after the HC pulls up the body again for the umpteenth time.

Even though the civic body could not keep a track of the the potholes across the city, BBMP has claimed to have filled and fixed most of the potholes, in spite of which they keep reappearing on major roads and other ward roads. BBMP’s officials claim that new submissions will be made to the Chief Secretary of Karnataka, TM Vijay Bhaskar, in a meeting that will be held on 23 October.

As per reports by Bangalore Mirror, Manoj Kumar Meena, Special Commissioner, Projects, BBMP, said, “The BBMP has been taking up pothole-filling works after the rains. Thus, we will submit the proposal to start the maintenance works of roads before the monsoon every year so that the roads may not develop potholes at all. Also, we have decided to fix potholes stretch-wise, instead of marking each pothole. Even if the stretch is having one pothole, it will be called as a pothole stretch ”.

Meanwhile, in a bid to have an exclusive fund to fix potholes, the BBMP has decided to float tenders for the annual maintenance of roads and pothole-filling work. “An exclusive account will be opened for the potholes and road maintenance so that the work could be taken up immediately. Currently, we have to wait for tenders and other procedures. But by having an exclusive account, we can attend to the potholes at the earliest,” Meena added.