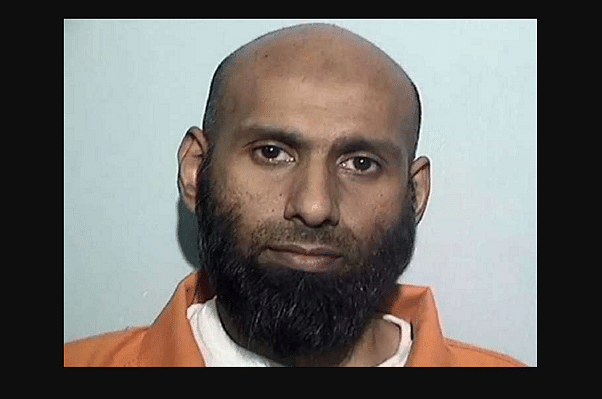 A man who was convicted in the US for terror funding the Al-Qaeda and then deported to India last week, has been brought to Hyderabad, police said on Wednesday.

Mohammad Ibrahim Zubair, 40, who reached here late on Tuesday, has been kept in quarantine at his home in Alwal under the limits of Cyberabad police commissionerate. The fact that he was kept under home quarantine and not at state-run facility indicate that Zubair may not be subjected to any investigations.

"He has been brought to the city and home quarantined," a top police official told IANS. A team of police officials along with Zubair's relatives brought him to Hyderabad from Nagpur.

A special flight from the US, carrying 168 deportees, including Zubair had landed in Amritsar on 19 May. He was kept at a quarantine centre in Amritsar and was reportedly flown to Nagpur on Tuesday.

Since the man had no criminal case pending against him in India, no central agency took up any investigation.

It was immediately not clear if Cyberabad police would question him after he completes the 14-day quarantine period.

"He was convicted in some other country. He has no case pending against him here," the police official said.

Zubair, who is said to have been born in Sharjah, graduated in engineering from a private college in Hyderabad in late 1990s.

After the graduation in Hyderabad, he left for Sharjah and from there went to the US to join his brother, Yahya Farooq Mohammad, and pursue higher studies.

According to a release of US Justice Department in 2018, he studied engineering at the University of Illinois Urbana-Champaign from 2001 through 2005. In or around 2006, he moved to Toledo, Ohio, and married a US citizen. He became a lawful permanent resident of the US around 2007.

Zubair, his brother and two others were arrested in 2011 on charges of terror financing. He was convicted for raising money for Al Qaeda leader Anwar al-Awlaki, who was designated a terrorist by the US in 2009 and killed in a drone strike in 2011 in Yemen.

He pleaded guilty in 2018 and was sentenced in 2019. He completed his term early this year and was released on 7 February. He was deported as per the sentence pronounced by the court.

The US Justice Department had said Zubair on directions of his brother, he received money from two Pakistani associates -- Sultan Salim and Asif Salim -- and deposited it into his brother's accounts.

Farooq had travelled with two other persons to Yemen in 2009 to meet Awlaki but they were unsuccessful. He travelled to Sanaa to meet one of his associates where they gave him approximately $22,000 to be given to Awlaki. Zubair facilitated the transfer of the money to his brother overseas for him to take to Awlaki.

Farooq pleaded guilty to providing and concealing material support to terrorists after being detained by the FBI in 2015 and has been incarcerated ever since. Also convicted for hiring a hitman to kill a judge presiding over a terror case, he was sentenced to over 27 years in prison.