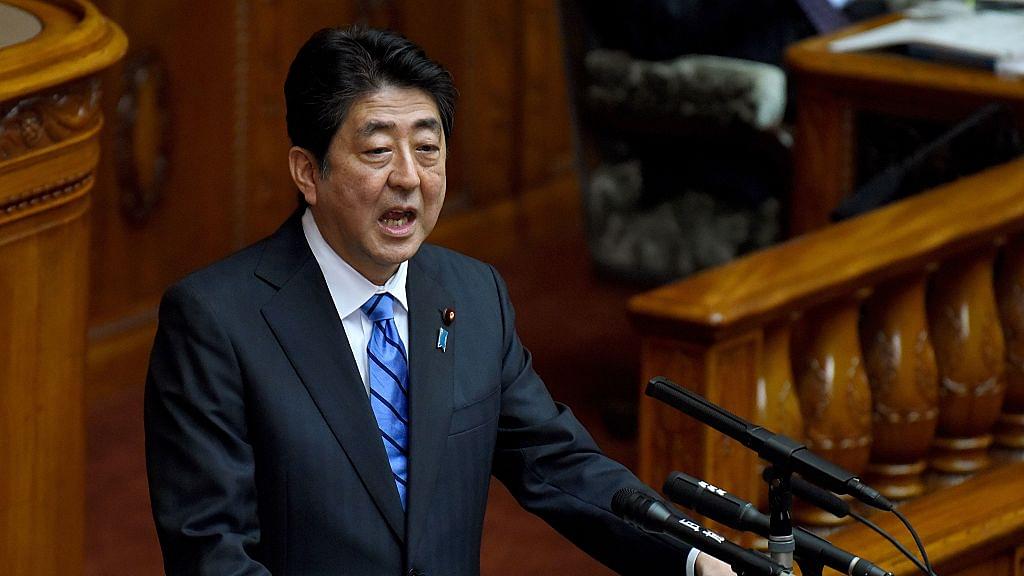 As the number of coronavirus cases have continued to surge in Japan, Prime Minster Shinzo Abe has decided to expand the state of emergency from just seven of the country's 47 prefectures, to the whole nation.

COVID-19 cases in Japan increased by 188 nationwide in 24 hours, including 149 new infections in Tokyo, the Health Ministry said on Thursday, bringing the national tally to 8,910, reports Xinhua news agency.

The death toll now stands at 194, including those from a cruise ship that was quarantined in Yokohama near Tokyo, the latest figures showed.

In Tokyo, the epicentre of Japan's outbreak, a total of 2,595 infections have been confirmed, accounting for well over one-third of all COVID-19 cases across the nation, followed by Osaka prefecture where cases stand at 968 infections.

The Ministry also said that were currently a total of 173 patients considered severely ill and on ventilators to receive respiratory assistance or have been admitted to intensive care units for medical treatment.

A total 1,546 people have been discharged from hospitals after their symptoms improved, according to the latest figures.

On April 7, Japan declared a state of emergency over the coronavirus crisis for just seven of the nation's 47 prefectures.

The prefectures covered by the declaration at the time were Tokyo, Osaka, Kanagawa, Saitama, Chiba, Hyogo and Fukuoka prefectures.

The declaration better empowered those prefectures' governors to take enhanced measures to curb the spread of the virus.

But other prefectures' governors had vehemently been calling to be added to the list, as the virus continued to spread elsewhere in the country.

Some prefectures, meanwhile, took matters into their own hands and issued their own state of emergency independent of the central government.

As with those under the emergency declaration, they have also asked their residents to take various precautionary measures, such as working from home, avoiding crowded areas and reducing social contact by up to 80 per cent, in a bid to prevent the virus' spread.

A nationwide state of emergency being issued would ensure that prefectural governors, across-the board, would be better enabled to authorize measures against the pandemic.