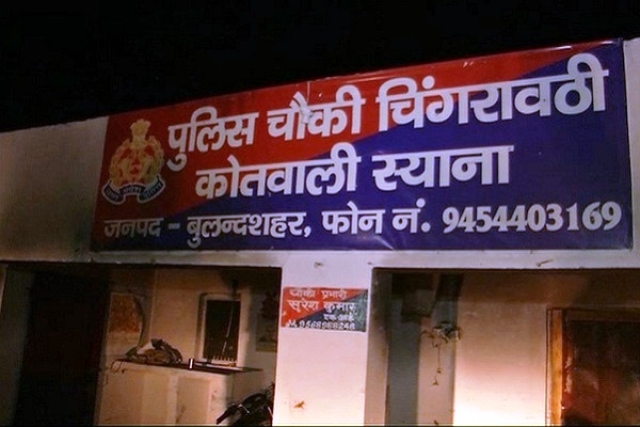 The killing of the Uttar Pradesh police Inspector Subodh Kumar Singh, station house officer (SHO) of Syana police station, in a clash between cops and villagers has reportedly led to all the men of Chingrawathi and Mahaw villages to fled their houses as they fear police retaliation, Hindustan Times has reported.

Singh was killed on Monday (3 November) in a clash between the villagers and the police after a large number of cow carcasses were recovered from the district on Sunday night. Sumit, a resident of Chingrawathi village also died in the violence.

According to the report, Tejvir Singh, Bharatiya Kisan Union’s district in charge and a resident of Chingrawathi village, claimed that all the men and elderly persons fled the village due to fear of raids at night. He said they are in contact with women of the village through mobile phones and are keeping an eye on police activities.

The area is being patrolled by six PAC trucks along with Rapid Action Force (RAF) and civil police. Villagers are wary of police doing ‘anything’ to avenge the death of the SHO.

The body of Sumit, a resident of Chingrawathi who also died in the violence, was sent to Meerut for Postmortem. Villagers were apprehensive of police not letting them bring his body back to the village for last rites, Singh said.

The population of Chingrawathi is above 3,000 while that of Mahaw is around 2,500 and is largely dependent on agriculture.