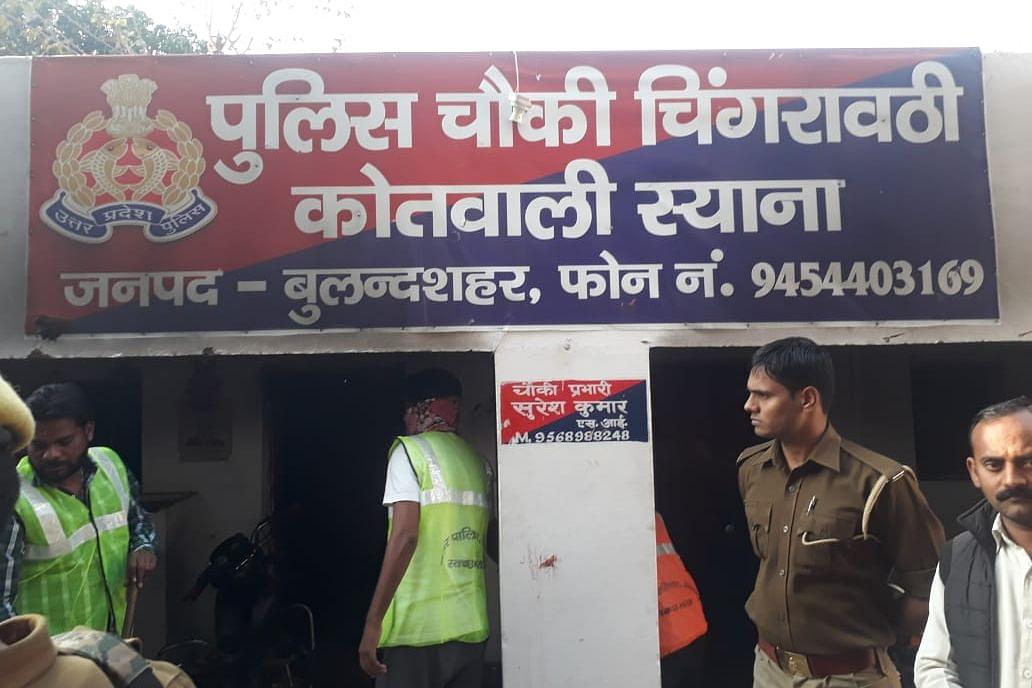 The Syana police station in Bulandshahr. (pic via Twitter)

Outraged villagers in Uttar Pradesh’s Bulandshahr district today (3 December) resorted to stone pelting and blocked the Bulandshahr-Syana highway after a large number of alleged cow carcasses were discovered in a sugarcane field, Jagran has reported.

A large number of cow smugglers are reportedly active in the area and the discovery of the carcasses led to enraged villagers taking the extreme step as they assembled the remains in a trolley and blocked the highway demanding justice. This led to a confrontation when the policemen tried to clear the road of the protestors.

Two, including a cop, were killed in the ensuing turn of events as villagers set fire to a nearby police station even as the police force resorted to lathi-charge to clear the area.

The incident occurs just a day after the Tablighi Iztema, a three-day Islamic congregation concluded in the area, Times of India has reported. Lakhs of Muslims had reportedly attended the event and the police stopped traffic along the route to prevent possible communal discord.

More then 10 Lakhs Muslims gathered for #ijtema of Tablighi Jamaat at #Bulandshahar pic.twitter.com/RQWB5ho9sN

The situation is now under control with additional police forces having being deployed. SSP Bulandshahr K B Singh said that the process of identifying the perpetrators is now underway.

Update: The Bulandshahr police has tweeted that the two events were held at a distance of 45-50 km and hence not related.