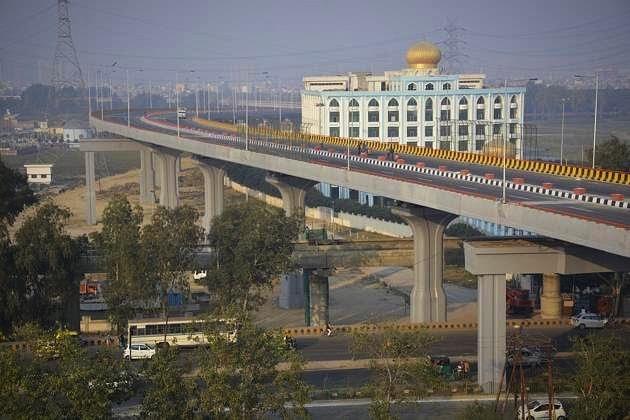 A section of the newly constructed road. (pic via Twitter)

The โHindon Elevated Roadโ, connecting UP gate to Rajnagar Extension will reportedly allow people to travel from Ghaziabad to New Delhi in 15 minutes while also reducing the travel time between Meerut and Hapur.

As of now, only two and four-wheeler vehicles will be allowed on the road with the vehicles to ply the road at an average speed of 80 km per hour. The road has been built at a cost of Rs 1147 crore with the construction having begun November 2014.

The road is built on 227 single pillars and will be opened for commuters today with an estimated 4,000 vehicles using it every hour.

Former UP CM Akhilesh Yadav, however, sought to take credit for the road which was commissioned during his rein.