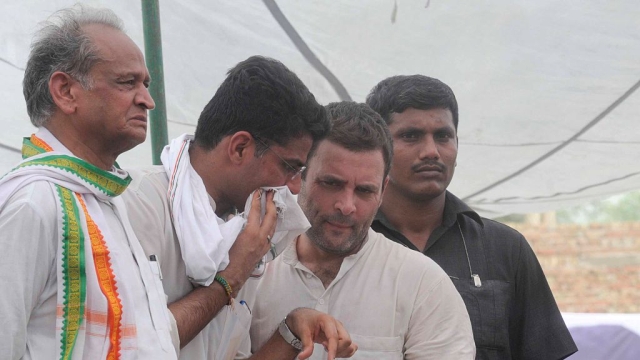 The Rajasthan government's decision to implement a hybrid model for the election of civic body heads has left the state's ruling Congress a divided house, with a section of its leaders from Deputy Chief Minister Sachin Pilot's camp opposing it.

State Minister Shanti Dhariwal, who is known to be from Chief Minster Ashok Gehlot's camp, had on Thursday (17 October) announced implementation of the hybrid model in the forthcoming civic unit elections in which the mayor, president or chairperson of a civic unit can be elected without contesting any election or even after getting defeated in the election.

Two Ministers have asked for a review of the decision as they claimed that they have received a negative feedback from the workers.

Criticising the model, State Minister Ramesh Meena said it does injustice to all those workers who have been working hard on the ground.

"The state government's decision to carry out polls indirectly was welcomed by one and all. However, what is the reason that it had to announce bringing a hybrid model in the next two days is beyond understanding. All workers remain hopeful of being nominated as mayor/president, etc., after winning the elections. This process would smash their hopes now," said Meena.

Meena was supported by another Minister, Pratap Singh Khachriyawas, who said: "The decision to bring in hybrid model was not discussed with the party workers or even within the government. I am against this idea as it shall limit the significance of councillors and weaken grassroots democratic institutions."

While elected councillors/corporators used to elect a mayor or a president so far, a gazette notification issued by the local Urban Bodies Department allows anyone to contest for the post of mayor, president or chairperson.