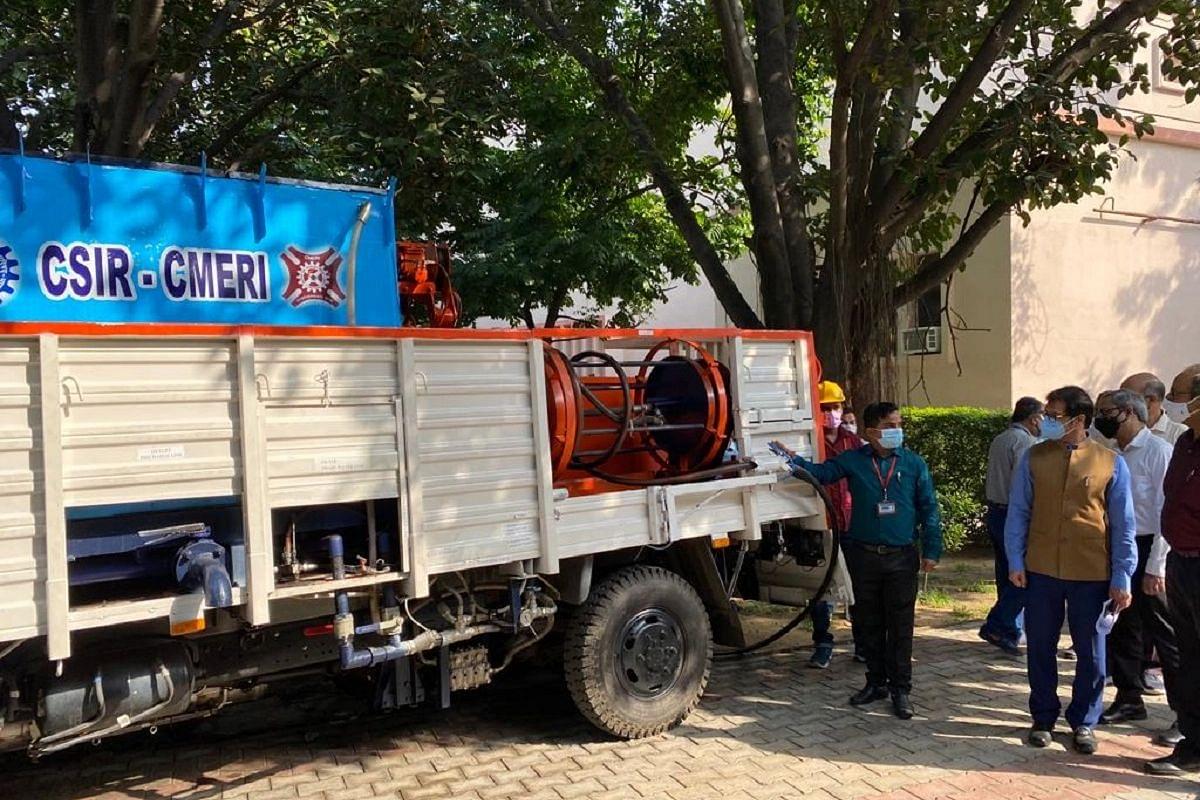 This device is ideally suited for metro cities like Delhi. Two more versions of the machine have been developed for tier-2 and tier-3 cities. The DG of CSIR requested the representatives of three Municipal Corporations of Delhi, Delhi Jal Board and Sulabh International to put this device into use.

He described the system novelties such as the utilisation of the slurry water for the jetting operation, self-propelled post-cleaning inspection system, disinfection of jetting pipe, built-in security features, etc.

The CSIR-CMERI developed machine is designed for up to 5,000 people density i.e. best suitable up to 300 mm diameter and up to a 100-metre length of the sewer system.

“The developed system is benchmarked with the market available system in India, and a number of features have been added which makes it first of its kind in India,” the Ministry of Science & Technology said.

“The scavenging system is very economical and an important vehicle in the Swachh Bharat Mission. It will help the manual scavengers to enhance their efficiency, performance and also safeguard them against intrusive pathogens. This will remove the Indignity from the profession of scavenging,” it added.