Cutting Off The Roots Of Terror Funding: Modi Government To Crack Down On Drug Smuggling 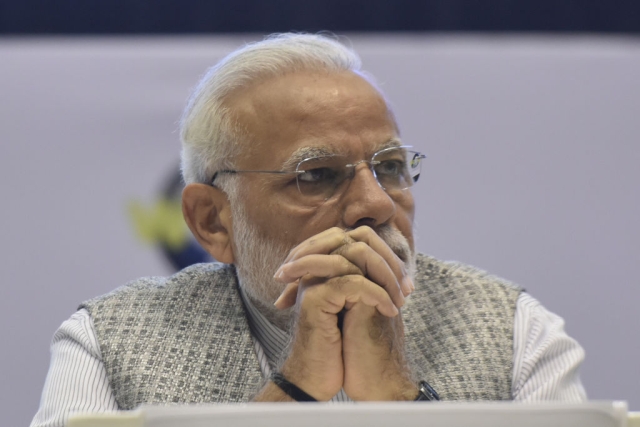 In a bid to cut the roots of the terror funding, the Modi government has decided to ramp up efforts to target the drug smuggling, reports Hindustan Times.

According to the report, a joint coordination committee, formed last month under Narcotics Control Bureau director general Rakesh Asthana, met on Wednesday (7 August) for the first time to deliberate on ways to curb the drug trade. The committee has decided that the important players in the drug trade in India should be identified.

The government is not only worried by the fact that the money from drug smuggling is used for terror funding but also by the social impact of the drugs. With this in mind, the NCB is being restructured and two additional inspector general posts are being created for better enforcement. Besides, the NCB intelligence as well as its operations units are also being upgraded.

As per the official estimates, as much as 36 tonne (36,000 kg) of heroin is being consumed in India every year. The market value of 1 kg of heroin is Rs 1 crore, putting the value of heroin consumed in the country at Rs 36,000 crore.

“The drug survey conducted in February 2019 showed 20 lakh abusers of heroin, who conservatively are consuming 0.5 gram of drug. This means the total consumption is 360 tons but given the fact that drug is diluted by one-tenth, the conservative figure of drug consumption is 36 tons, but the total seizure was only 1.5 tons,” a home ministry official was quoted in the report as saying.

The heroin seizures in India have reportedly touched a new high with 532 kg recovered from the Attari-Wagah integrated check post in June. Earlier in May 2017, NCB had seized 1,500 kg of heroin on a boat in Gujarat’s Kandla port.

As per the report, the Taliban and its ideological brethren, the Jaish-e-Mohammed (JeM), are running their jihadi machine on huge stashes of drug money, which they use to radicalize as well as recruit people.