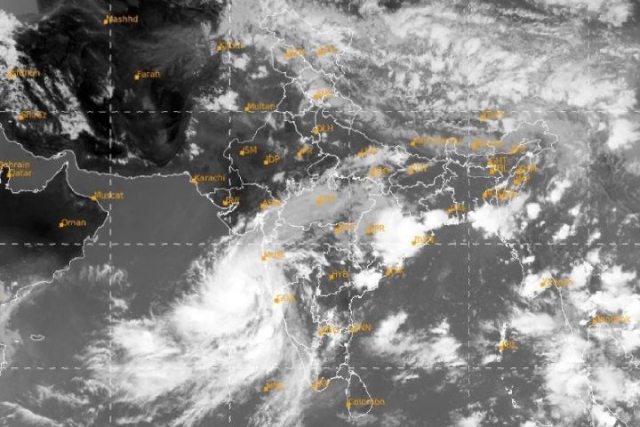 The deep depression in the Arabian Sea strengthened into a cyclonic storm 'Nisarga' on Tuesday (2 June) morning and will make landfall close to Alibag, 94 km south of Mumbai on the afternoon of 3 June.

Dr Sunita Devi, India Meteorological Department’s in-charge of cyclones, said, “The cyclone will further intensify into a severe cyclonic storm in the next 12 hours.”

It will cross north Maharashtra and adjoining south Gujarat coast between Harihareshwar and Daman, close to Alibag in Maharashtra’s Raigad district during the afternoon of 3 June.

IMD Director General Mrutyunjay Mohapatra on Monday (1 June) said that the cyclonic storm will affect the coastal districts of Maharashtra, including Mumbai, more than Gujarat and neighbouring states.

The storm surge is expected to be one to two metres above the astronomical tide and is very likely to inundate low-lying areas of Mumbai, Thane and Raigad districts at the time of landfall.

Fishermen are warned not to venture into the sea. 31 NDRF teams have also been deployed to carry out rescue operations. Widespread damage is also expected.

Roxy Mathew Koll, a climate scientist at the Indian Institute of Tropical Meteorology, said, “Cyclone Nisarga is about to scrape around Mumbai on 3 June. If that happens, it will be the first-ever cyclone in recorded history to hit the Maharashtra coast in June.”

Another researcher of the same institute said that it will be the “second cyclone” in recorded history that will be hitting the Maharashtra coast in the pre-monsoon season i.e. April-June.

“The one and only cyclone in the past that hit the Maharashtra coast in the pre-monsoon season was in May, 1961,” Vineet Kumar said.