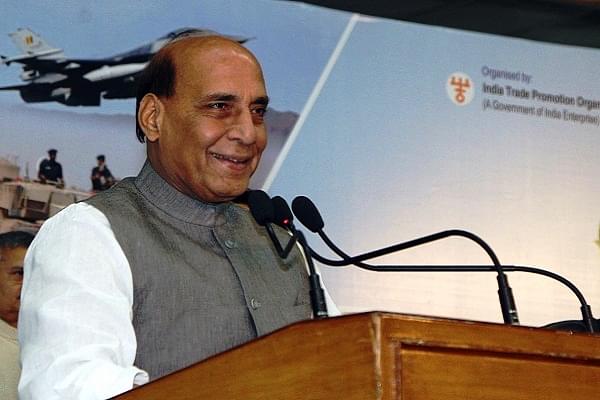 Union Minister for Defence Rajnath Singh on Monday (17 February) hailed the Supreme Court's historic judgment to grant permanent commission to women officers in the Indian Army and allowing them to take up command positions, reports The Times of India.

Taking to micro-blogging site Twitter, Singh tweeted, "I wholeheartedly welcome the Honourable Supreme Court's judgment on giving Women officers permanent commission in the Armed Forces. PM Shri @narendramodi has supported the idea of permanent commission for women & announced the change in policy in his Independence Day speech in 2018."

I wholeheartedly welcome Honble Supreme Courtâs judgement on giving the Women officers permanent commission in the Armed Forces. PM Shri @narendramodi has supported the idea of permanent commission for women & announced the change in policy in his Independence Day speech in 2018.

The historic judgment would go on to benefit as many as 1,500 women personnel of the Indian Army, with them all to be considered for permanent commissioning within a span of three months irrespective of the years they may have served in the force.

Meanwhile, Singh also shared that the major decision of paving the way for women officers to champion the field operations was also taken by the previous National Democratic Alliance (NDA) Government when it had announced that women will be inducted into the military police of the Army.